Flu drug stockpile may be worthless 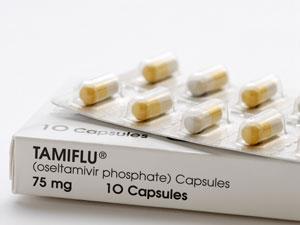 Is Tamiflu a worthwhile investment?

The case for spending hundreds of millions of pounds stockpiling antivirals for use in a flu pandemic is based on ‘judgement rather than on evidence of their effectiveness’, according to a parliamentary committee. The public accounts committee (PAC), which examined access to clinical trials information and stockpiling of Tamiflu (oseltamivir), recommended that the government review its decision to spend another £49 million this year to maintain its stock to provide cover for half of the population.

There is still a lack of consensus over how well Tamiflu actually works, says committee member Richard Bacon. In a statement he said the ‘lack of transparency of clinical trial information on this drug to the wider research community is preventing proper discussion of this issue among professionals’. He added that the committee was ‘disturbed by claims that regulators do not have access to all the available information’. The PAC is calling on the government to take action to ensure that all clinical trials data for drugs currently being prescribed, is made available to doctors and researchers, and to regularly audit how much information is withheld.

A flu pandemic is at the top of the government’s list of national threats – ahead of even flooding. Since 2006, it has spent £560 million stockpiling antiviral drugs to reduce complications from flu, which could kill or hospitalise the sick. The committee said the business case for buying Tamiflu assumed there would be a 40–50% reduction in deaths and health complications, despite limited evidence of its effectiveness.

Tamiflu was approved for use by the European Medicines Agency (EMA) in 2002. But the committee learned that it may have made its decision on Tamiflu without all the available evidence. Researchers from the international Cochrane Collaboration obtained all the information the EMA received from Roche, the makers of Tamiflu, and found that for many trials no information or only partial information was available. Its review, published in 2012, identified a substantial number of studies that had never been published. It also suggested discrepancies in reports of adverse reactions to the drug, and the number of hospitalisations of patients with flu.

Following a pledge in 2009, Roche confirmed last week that it has now provided the Cochrane researchers with all 77 clinical study reports for completed trials. The EMA seems to have had access to data from just 23 studies. Roche said it supports the call for greater transparency in access to clinical trial results, but that it stood by ‘the integrity and robustness of the data that supports the efficacy and safety of Tamiflu’.

The PAC also discovered that the National Institute for Health and Care Excellence (Nice), which decides which drugs should be available on the NHS in England and Wales, does not routinely get the information that manufacturers provide to regulators. It is a legal requirement for drug makers to provide the information to regulators but Nice has no statutory powers to demand it. Nice currently asks UK medical directors of drug manufacturers to confirm that the information is complete, but those directors may not know about all the trials conducted around the world. Nice says it will now ask for an assurance that all data have been provided and says it will revisit its guidance on Tamiflu if any new evidence emerges. The PAC is now urging the Department of Health and the UK medicines regulator to do the same once the Cochrane researchers have completed their work.

The issue of non-publication of all clinical trial data, makes it impossible to independently verify the effectiveness of a medicine, says the committee. These concerns resulted in the AllTrials campaign, which has been part of a push to get pharmaceutical companies to publish all the data from the clinical trials that they conduct. A law obliging companies to register and publish all clinical trial data is expected to be passed in Brussels by May, but doesn’t deal with medicines whose trials were conducted years ago.