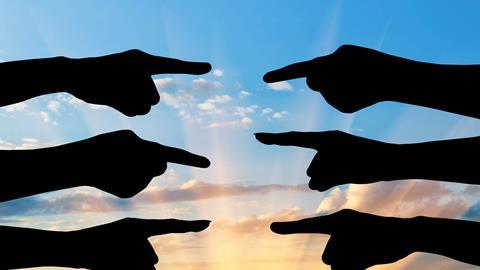 Healthcare review body the Cochrane Collaboration is in turmoil after one board member was expelled and another four resigned in protest. On 14 September, Peter Gøtzsche announced that he had been removed from its governing board, a first in the organisation’s 25-year history. The collaboration carries out systematic reviews of healthcare interventions and has a network of national centres.

Gøtzsche, director of Cochrane’s Nordic centre, says he has been expelled for bringing the organisation into ‘disrepute’. In an open letter, he criticised Cochrane for being authoritarian and too close to the pharmaceutical industry. The board says the issue is not about free speech, but misbehaviour. Lawyers have been called in.

The vote to expel Gøtzsche was a close call. Six board members were in favour, five against, with one abstention. The day after the decision, four of the remaining board members resigned. In a statement, the four labelled the board’s decision as ‘disproportionate’.

‘We believe that the expulsion of inconvenient members from the Collaboration goes against Cochrane ethos and neither reflects its founding spirit nor promotes the Collaboration’s best interests,’ the four wrote. Gøtzsche has been an outspoken critic of the pharmaceutical industry, writing a book on how big pharma has corrupted healthcare. He is scathing about Cochrane’s relationship with industry, writing that ‘there is stronger and stronger resistance to say anything that could bother the pharmaceutical industry’. 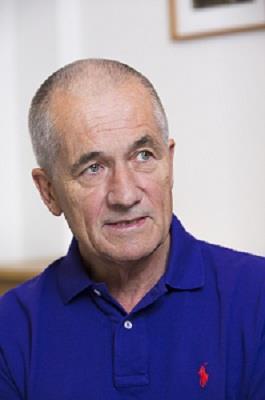 The row with Gøtzsche was foreshadowed by a Cochrane review of 26 studies on human papilloma virus (HPV) vaccines in May 2018, which concluded that they protect against cervical lesions that can become cancerous.1 An analysis in BMJ Evidence-Based Medicine,2 co-authored by Gøtzsche, Lars Jørgensen and Tom Jefferson at the University of Oxford, criticised the review for ‘missing nearly half of the eligible trials’ and said that the review was ‘influenced by reporting bias and biased trial designs’.

‘We started working on HPV vaccine about four years ago and assembled datasets of regulatory documents,’ Jefferson explains. Many of these had not been published. Jefferson says he warned Cochrane in 2016 about missing trials and incomplete data in journal articles on HPV vaccines. He subsequently co-wrote an editorial in BMJ Evidence-Based Medicine highlighting the threat of reporting bias when reviewing evidence only from journal articles.3

Not everyone is critical of the HPV vaccine review. ‘The review is fine and these attacks are unwarranted. Part of being good at evidence synthesis is exploring for risk of bias and then making a judgement about whether this makes a difference to the results. I think this wasn’t done: they just attacked,’ says Paul Garner at the Liverpool School of Tropical Medicine. He calls Cochrane ‘a big family, bottom-up organisation’, which ‘struggles with conflict and governance sometimes, and this is part of sorting this out’ – something he has written about.4

A brief initial statement from Cochrane said that the expulsion of Gøtzsche followed the findings of an independent review and additional complaints related to the conduct of a member. It said the election of new board members is to take place soon. Board members contacted by Chemistry World either did not reply to interview requests or stated that they are bound by confidentiality.

A subsequent longer statement said the board commissioned a report from a senior independent lawyer in July after receiving complaints about a board member. This report exonerated a member of senior management, but ‘did not exonerate the other individual’ – Gøtzsche. ‘There has been a lengthy investigation into repeated bad behaviour over many years,’ the statement read. The board said it was giving Cochrane members as much evidence as it could, but for legal and privacy reasons could not reveal everything.

The board also took aim at its four erstwhile members, saying they had ‘actively disseminated an incomplete and misleading account of events’, adding that ‘others contributed to a public and media campaign of misinformation’.

Jefferson has blogged that Gøtzsche clashed with Cochrane’s chief executive Mark Wilson. ‘Peter may not have fallen into line with whatever he was asked to do and this led to an administrative procedure to expel him from the organisation and the board.’ The expulsion of Gøtzsche and subsequent resignations happened on the eve of the Cochrane Colloquium, held in Edinburgh, UK, earlier this week. Jefferson says he attended but only managed to catch 40 minutes of science. ‘The AGM went on for about two hours, and there was clearly a lot of emotion and aggression on both sides. I don’t think I heard the term “systematic reviews” mentioned once,’ he says.

He argues that ‘everyone from the old and current government board should step down and step back, so that we have an interim administration to oversee new elections, overseen by a neutral party.’ He is dismayed that lawyers are now involved. ‘This should stop. We need to preserve Cochrane’s good name.’

However, in Garner’s view, this action by the governing body is spot on to assure governance in the organisation. ‘It is rather messy because he made it so.’