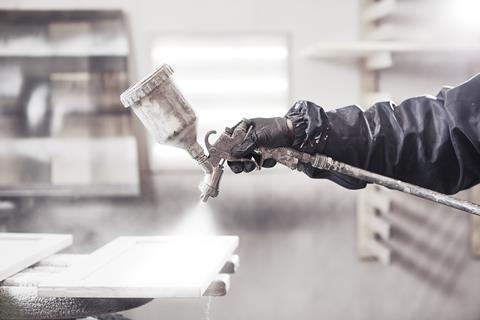 Working out how early chemical exposure may later affect a person’s cognitive functioning is tricky and controversial, but a new study led by researchers at New York University (NYU) claims to have done this. The team has calculated that in utero chemical exposure resulted in more than a million cases of intellectual disability in the US between 2001 and 2016. In total, the US populace lost 270 million IQ points over this period. The researchers blame polybrominated diphenyl ether (PBDE) flame retardants and organophosphate pesticides for the vast bulk of that cognitive loss. PBDEs alone caused nearly 740,000 cases of intellectual disability during the study period.

Although the researchers found that IQ loss from the chemicals they analysed dropped from 27 million IQ points in 2001–2002 to 9 million IQ points in 2015–2016, they warned that the proportion of cognitive loss that results from exposure to PBDEs and organophosphate pesticides increased from 67% to 81% over the study period.

The team conducted a review of the environmental health literature to determine the number of IQ points lost each year per unit of exposure to PBDEs, organophosphates, methylmercury and lead. The analysis was restricted to prenatal exposure for the first three chemicals, and they examined early life exposure for lead.

The greatest overall IQ loss between 2001 and 2016 resulted from in utero PBDE exposure, followed by lead and organophosphates. PBDEs contributed to approximately twice the number of IQ points lost compared with lead – 162 million versus 78 million – out of the total 270 million IQ points lost to exposure to all four chemicals during that period. Methylmercury exposure contributed to less than 1% of that total. Overall, the researchers concluded that US efforts to reduce exposure to heavy metals, such as lead and mercury, are paying off but that other chemicals remain a major problem.

‘Unfortunately, the minimal policies in place to eliminate pesticides and flame retardants are clearly not enough,’ said the study’s lead investigator, Abigail Gaylord.

The American Chemistry Council (ACC) is critical of the new study noting that the US Centers for Disease Control’s (CDC) states that most developmental disabilities are caused by a complicated combination of various factors including genetics, parental health and infections during pregnancy. The ACC’s North American Flame Retardant Alliance issued a statement accusing the team of making ‘inaccurate and misleading claims’, and arguing that their study is ‘not based on good science’.

Co-author Leonardo Trasande, an environmental health researcher at New York University, says their analysis relied upon data from multiple studies that demonstrated ‘a consistent exposure–response relationship’ of prenatal exposure to pesticides or flame retardants with a decrease in IQ. ‘All of the studies that we used to make these estimates accounted for the many factors known to contribute to cognitive and developmental disabilities, so that argument holds no water whatsoever,’ he tells Chemistry World.

Bruce Lanphear, a health sciences professor at Simon Frasier University in Canada and an early childhood health and environmental neurotoxins researcher, who was not involved in the study, agrees with Trasande. While acknowledging that most developmental disabilities are caused by a complex mixture of factors, he notes that ‘the IQ decrements of the toxic chemicals NYU relied on for their study were based on other studies that accounted for many of those other factors’. Consequently, Lanphear calls the ACC’s argument ‘vacuous and misleading’.

Other experts expressed similar sentiments. ‘I don’t think this is a matter of numbers, it is more a matter of the fact that the science is telling us that environmental chemicals are playing a role for children’s brain development together with other factors as mentioned by the CDC,’ says Carl-Gustaf Bornehag, an environmental scientist at Karlstad University in Sweden.