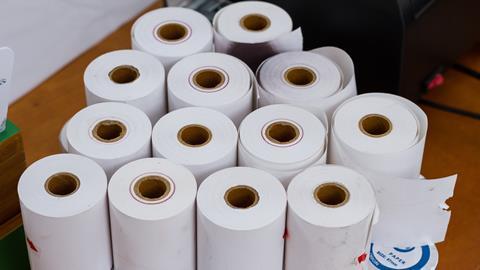 A growing body of research is raising questions about the safety of alternatives to bisphenol A (BPA) – an endocrine-disrupting chemical that regulators are cracking down on – that are being used to make plastics and epoxy resins.

There is a real danger of what researchers are calling ‘regrettable substitutions’, where BPA is replaced by structurally similar chemicals that elicit comparable health concerns.

‘When BPA-free products started to be advertised we knew enough about BPA to be concerned about regularly exposing people to this chemical, so that seemed like a victory until we started looking at the replacements,’ says Laura Vandenberg, an environmental health researcher at the University of Massachusetts-Amherst in the US. ‘We have seen enough scientific evidence that we are starting to say “Ok, these are regrettable”, and if we need the amount of evidence of harm that we have for BPA, then we are going to have to wait another two decades or more, and that seems unreasonable.’

Vandenberg describes how the industry is often engaged in a game of ‘chemical whack-a-mole’, where one compound with a questionable safety profile is exchanged for a new one that is later revealed to be just as hazardous. She says this has happened, for example, with flame retardants and perfluorinated chemicals.

Terry Collins, a chemist who directs the Institute for Green Science at Carnegie Mellon University in Pennsylvania, US, is also concerned. ‘There are about thirty BPA replacements, and unfortunately none of them are demonstrably safe except perhaps one,’ he says. ‘The problem is that what the manufacturers are doing is just changing small parts of the molecule, and leaving species that look too much like BPA – they are basically oestrogens.’

The primary uses of BPA are in polycarbonate plastics and epoxy resins, like those in the linings of cans or coating the thermal paper used for sales receipts. It is a useful molecule because it creates plastics that are hard and transparent.

‘These are made by taking two phenolic rings and putting them together,’ Vandenberg says. ‘There is something about this structure that allows that chemical to enter into hormone receptors, bind to them, and then do funny things.’ Specifically, they can block oestrogen or mimic it, she explains.

BPA alternatives like bisphenol S (BPS) and bisphenol F (BPF) are variations on the original structure. They retain the two hydroxyphenyl groups that are largely responsible for the oestrogenic activity of BPA, explains Adrian Covaci, an environmental toxicology and chemistry professor at the University of Antwerp in Belgium. ‘Variations in the structures of bisphenols are rather small compared to BPA, such as different substitutes in the mid part,’ he says. ‘The rest of the structure remains intact.’

A recent study found associations between BPA, BPS, and BPF and body mass outcomes among children and adolescents. Those who had greater levels of BPS and BPF in their urine were more likely to be obese compared to children with lower levels.

Meanwhile, research led by a team at the University of Toulouse, France, revealed that BPS persists longer in the body and at much higher concentrations than BPA. The scientists involved in the study said their findings suggest that replacing BPA with BPS will likely lead to ‘increased internal exposure to an endocrine-active compound that would be of concern for human health’. In addition, findings from scientists at Washington State University, US, published last year, indicate that BPS and BPF produce chromosomal abnormalities that resemble those seen with BPA.

US and European regulatory bodies banned BPA in baby bottles several years ago, due to worries about its developmental effects. In fact, in 2017 the European Chemicals Agency (Echa) identified BPA as a substance of very high concern under the EU’s Reach regulations. The trade association PlasticsEurope challenged that decision, arguing that BPA should be exempted from Reach because it has intermediate uses, such as the manufacture of polymers. However, the EU General Court rejected the trade association’s appeal in July, contending that the use of a substance as an intermediate has nothing to do with its intrinsic properties.

The UK’s Environmental Audit Committee delivered a sweeping report in July that urged the European Commission to set targets to eliminate endocrine disrupting chemicals, including BPA, from consumer goods – especially children’s products. The report advised the UK to reduce regrettable substitutions by using a ‘grouping approach’ to substance evaluations that considers both structurally similar substances and substances used for similar purposes.

Many experts agree that a BPA ban appears imminent, at least in Europe. ‘There is indeed a very strong movement from various countries towards bans of BPA,’ says Covaci. In particular, he points to momentum in France, Denmark and Norway. ‘I am not sure that there is an EU-wide consensus,’ he tells Chemistry World, ‘but in any case, it appears that the many voices from the member states are more powerful against the industry than in other parts of the world.’

The chemical industry, meanwhile, stands by BPA. PlasticsEurope maintains that BPA has shown ‘very weak, oestrogen-like effects’ only at very high doses, which already cause general systemic toxic effects. The American Chemistry Council calls it one of the most thoroughly tested chemicals in use today, referring to a safety track record that is over half a century long.