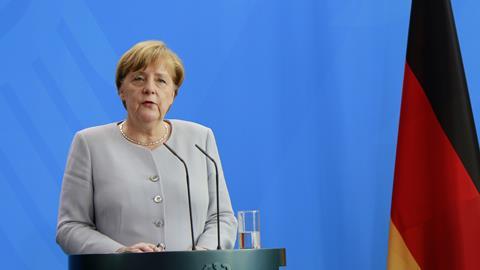 German coalition may mean fulfilment of funding promise for science

After lengthy talks that have been likened to a flight to Mars by one negotiator, Germany’s two largest parties have struck a coalition deal that might finally see Angela Merkel follow through on her promise to raise research spending to 3.5% of GDP.

Two months after the inconclusive German elections in September last year, coalition talks between Merkel’s Christian Democratic Union (CDU), the liberal Free Democrats (FDP) and Greens collapsed in November 2017. Climate and energy policy were major sticking points in this attempt at an unlikely and unprecedented coalition.

Initially, a new election seemed likely. Now, however, the CDU, its Bavarian sister party CSU and the second largest party, the Social Democrats (SPD), have finally reached an agreement on forming a so-called grand coalition – the same union that led the country since 2013. Nine government departments will be headed by CDU or CSU politicians, the remaining six by members of the SPD. Hermann Gröhe from the CDU, currently health minister, is likely to lead the education and research ministry.

A draft coalition agreement pledges to increase science funding from 3% to 3.5% of GDP by 2025. This would place the country third in terms of scientific investment, behind only Israel and South Korea. The draft also promises a 3% annual increase in funding for research organisations like the Max Planck Society. Moreover, the parties want to use €1 billion (£886 million) to increase funding for federal student grants and loans.

As Germany has given up on hitting its 2020 goal of cutting carbon dioxide by 40%, compared with 1990 levels, the coalition partners instead aim to reduce emissions by 55% and boost power from renewable sources from 35% to 65% by 2030. This promise comes with a pledge to increase wind and solar energy generation by 10% in 2020.

However, when it comes to forming a government there is still plenty of work ahead. In the coming weeks, the SPD will let its 465,000 members – many of which joined recently to protest a possible grand coalition – vote on whether to accept the agreement. The parties hope to finalise a deal by early March. If the grand coalition comes to pass, the far-right Alternative for Germany, which received almost 13% of the vote, would lead the opposition and would therefore chair the budgetary committee.