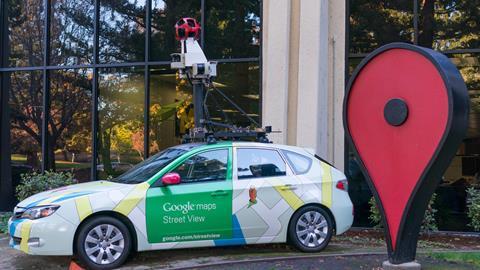 Cars fitted with methane analysers flag streets in Boston, New York and Indianapolis where subterranean pipes are in need of repair

Leaking natural gas pipelines in several US cities have been mapped with the help of Google Street View cars fitted with methane detectors. This approach is far quicker and more effective than conventional ways of detecting leaks, and could help cut emissions of the potent greenhouse gas by identifying where repairs are needed.

Joseph von Fischer’s lab at Colorado State University in the US joined forces with tech giant Google via its Google Earth Outreach programme, and fitted three of its Street View cars – which drive from street to street taking photographs to populate Google’s maps – with methane analysers that sample air from an inlet at the front bumper and measure the concentration of methane. The cars drove around Boston, Indianapolis, Staten Island and Syracuse in New York state, and Burlington, Vermont. The research team were able to build maps from the methane data and use algorithms to pinpoint locations where pipes beneath the street were leaking.

The worst areas were found to be Boston, Staten Island and Syracuse, which have relatively old cast iron distribution pipes. Burlington and Indianapolis, where there have been efforts to replace pipes with more modern, corrosion-resistant materials, had methane levels that were, on average, 25 times lower per kilometre of road. Von Fischer and colleagues have made their maps publicly available, and estimated that repairs to the largest 8% of leaking pipes in Boston, Staten Island and Syracuse would reduce methane emissions from leaks by 30%.