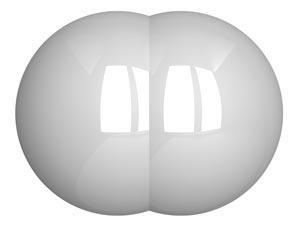 A prototype quantum computer has been used to calculate the electronic structure of a hydrogen molecule for the first time, demonstrating the possibility of performing complex quantum-mechanical simulations of molecular processes on such devices.

The quantum computer was constructed by researchers at Google’s research laboratories in California, US. Together with colleagues elsewhere in the US and in the UK, a team led by John Martinis used the device to perform electronic structure calculations that they say can be readily scaled up to more complex cases.1

The possibility of simulating quantum systems without the approximations necessary with classical computers was what prompted Richard Feynman to propose quantum computing back in 1982. As quantum computers have come closer to reality, much of the attention has been focused on the greater speed they should achieve relative to classical devices. But some feel that quantum simulation will end up being the ‘killer application’ that makes the effort worthwhile.

This is not the first time that a quantum-chemistry algorithm has been implemented on a proto-quantum computer. But previous efforts have not been able to exploit the full advantages of a quantum-based approach, because they have required costly ‘pre-computation’ steps on a classical computer, which limits the degree of complexity that can be handled this way. ’What is new here is that this work uses a scalable quantum computing architecture,’ says Matthias Troyer of the Swiss Federal Institute of Technology in Zurich, who was not involved in the research.

Google’s digital quantum computer uses superconducting devices for its quantum bits (qubits), in which information can be encoded in the quantum states of the supercurrent.2 To carry out the electronic structure calculation for a hydrogen molecule, the researchers used two different methods, called the variational quantum eigensolver (VQE) and phase-estimation algorithm (PEA).

[[We might soon see quantum computers that outperform classical ones for certain problems]]‘Both are efficient quantum algorithms for finding ground-state energies,’ says team member Peter O’Malley, ‘but they take different approaches and have different advantages and disadvantages.’ The PEA method can in principle get the answer with arbitrary precision, but only if there are no errors in the process.

In practice errors are always present, in which case the VQE method works better. This involves using a series of successive algorithms that gradually improve on an initial guess at the molecule’s wavefunction. By adjusting the parameters in the wavefunction, it is possible to compensate for errors incurred in the computational steps and still get an answer – for the dissociation energy, say – essentially the same as that obtained from a detailed classical simulation of the molecule.

The researchers say that it is already possible to simulate more complicated molecules than hydrogen with their device. ‘The benefit of quantum simulation is that you only need a quantum simulator roughly the size of the molecule you want to simulate,’ says O’Malley. The calculation used only a third of the available qubits, and the team is now building quantum chips that should be able to model small transition-metal complexes.

‘All of these problems are still trivial and the effort of just controlling the quantum computer is still much more than that of solving the problem classically,’ says Troyer. He adds that we may soon see quantum computers that outperform classical ones for certain problems, but that doing quantum-chemistry calculations beyond the power of classical computers will take a few years longer.