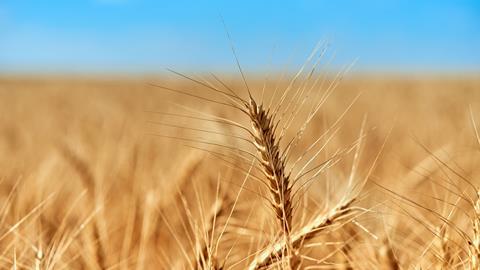 Crispr-edited crop research could be crippled by European court ruling

Plant scientists have reacted with shock, even anger, to the July decision by the European Court of Justice (ECJ) on gene editing. The court ruled that any gene edited plant was a genetically modified organism (GMO) and fell under onerous 2001 EU regulations.

Jobs for modern plant biotechnology will dry up in Europe

Researchers are now warning that the ECJ ruling could cripple European funding for Crispr–Cas9 gene editing in crop science. This ruling ‘will have a profound impact on the academic research community in the EU’, says Maurice Moloney, chief executive of the Global Institute for Food Security in Canada. ‘Europe will be the laughing stock of innovation in food and agriculture in the next decade.’

Gene editing can make targeted changes to DNA, but was deemed by the ECJ to be as risky as GMOs. Meanwhile, mutations caused by chemicals or radiation remain exempt under the 2001 legislation, because crops have been developed this way since the 1940s.

‘It is like abandoning a scalpel in favour of a shotgun for surgery,’ warns Holger Puchta, a plant biochemist at the Karlsruhe Institute of Technology, Germany. ‘Europe is uncoupling itself from the biggest revolution biology has seen in the last 30 years.’ Moloney adds that ‘it is an absurd ruling’, which states that ‘a single known mutation is risky, [but] an entirely mutated and unmapped genome is natural and thus safe’.

Plant scientists have criticised the 2001 GMO regulations for causing a decline in research funding in previous EU Framework programmes, including Horizon 2020. This could happen again for the forthcoming Horizon Europe plan. Framework programmes, which involve collaborative projects between academics and sometimes industry, is how most EU research funding is allocated. They must promise real-world impact.

No route to market

‘Framework-type programmes require a justification of pathways to impact, which includes commercialisation. If there is no prospect of commercialisation in the EU, you get a zero score here and the grant application is declined,’ says Moloney. Horizon Europe funding may therefore largely ignore the potential of Crispr–Cas9 to improve crops.

‘The EU and several national European funding agencies have set up programmes to implement the Crispr–Cas technology for the breeding of different crop plants in the expectation of a positive ECJ ruling,’ says Puchta. He expects to see virtually no new calls at national or European level in this area.

Others agree. Genetic modification of plants was supported in early framework programmes, but funding dried up due to politics, says Johnathan Napier, a crop scientist at Rothamsted Research, UK, who has headed research on GM camelina. ‘Do a word search of the recent Horizon 2020 calls for GM or transgenesis and you will find nothing.’

Rendering commercialisation difficult will undercut arguments for basic research funding using Crispr too. ‘Why should taxpayers pay for plant science when all the practical uses would be outside the EU?’ asks Stefan Jansson, plant scientist at Umeå University in Sweden, who foresees gene editing of crops becoming harder and more expensive in the EU – although Sweden may continue to fund it.

Jansson says lobbying by non-governmental organisations opposed to GMOs reduced the amount of plant science in past framework programmes. This also acts as a disincentive to crop breeding companies, who might otherwise collaborate with academic scientists in projects funded under the next Horizon Europe programme.

Only two GMO crops were ever authorised for use in Europe, illustrating how high regulatory hurdles are. Moreover, getting a GMO crop to European farmers costs over €10 million (£9 million), and these costs may now apply to Crispr-edited crops. This is why, says Puchta, ‘start-ups and small and medium-sized companies will be excluded from the market. For them the use of the technology has lost all its attractiveness.’ Jansson agrees: ‘Breeding companies will have much less interest in Europe than they had before [the ECJ ruling].’

Many plant scientists also expect an exodus of talent from Europe to North America. ‘Jobs for modern plant biotechnology will dry up in Europe. This is a fatal development for the academic labs,’ Puchta says. ‘If prospects are so bad, nobody will be interested any more to join plant labs, unless they are prepared to leave Europe afterwards.’ His concerns are shared by Wendy Harwood, crop geneticist at Johns Innes Centre, UK, who previously developed GM drought-resistant barley. ‘We [in Europe] might end up standing alone in how we regulate gene edited crops,’ she says. ‘Perhaps the brightest young scientists will choose to leave Europe and move to the US.’