Graphene oxide and the vortex of chirality 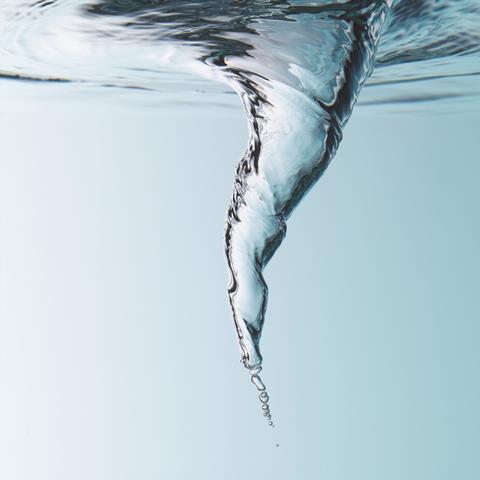 Chiral nanostructures have potential applications in catalysis, separation and sensing. However, making single enantiomers of chiral molecules and larger structures can be difficult to achieve through chemical synthesis.

However, Noberto Micali, Maria Elena Fragalà, Alessandro D’Urso, Roberto Purello and their colleagues found that they could use a liquid vortex to impart a specific handedness onto GO dissolved in water. By stirring a GO solution droplet on a quartz surface either clockwise or counterclockwise until it dried, the team could create mirror image helical nanostructures. Even when the team added a non-chiral porphyrin to the mix, it became part of the chiral GO, not disturbing the vortex’s chirality-inducing effect and adopting GO’s chirality