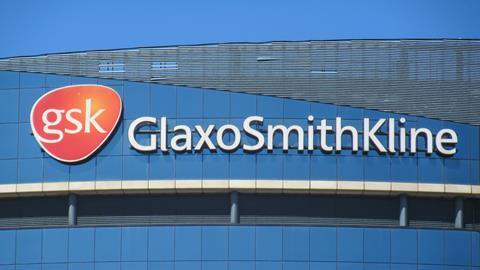 A new $9.8 billion (£7.7 billion) consumer health business has been created by GlaxoSmithKline (GSK) and Pfizer. The joint venture brings together the consumer health brands of Pfizer and GSK to make it a global leader in over-the-counter products.

In a statement, GSK chief executive Emma Walmsley said that the divestment would open a path towards ‘a new global pharmaceutical/vaccine company, with an advanced R&D approach focused on science related to the immune system, use of genetics and advanced technologies, and a new world-leading consumer healthcare company.’

GSK will control 68% of the company, while Pfizer will have an equity interest of 32%, with the plan being to separate the joint venture entirely after three years. The move brings together consumer health brands from GSK such as Sensodyne, Nicorette and Panadol with Pfizer’s Advil, Centrum and Caltrate.

The joint venture will boast a 7.3% market share in consumer health, ahead of its nearest rival at 4.1%, and occupy first and second market share position in all key countries, including number one in the US and number two in China. The new venture will be a leader in pain relief, respiratory, vitamin and mineral supplements, digestive health, skin health and therapeutic oral health.

In an investor call, Walmsley said that ‘strengthening GSK’s pharma business and pipeline is our clear priority’ and that the move will help support investment in these aims, including acquiring new assets. She cited GSK’s recent purchase of Tesaro, a biopharma company with an oncology focus. GSK bought Tesaro in early December for £5.1 billion.

‘It makes GSK look a little bit cleaner, like a pharmaceutical company without the consumer piece,’ says Max Jacobs, market analyst at Edison. ‘They plan to put some of their debt with the consumer healthcare joint venture, which will lighten up their balance sheet. They could issue more debt and so make more acquisitions.’

While it improves the growth profile of GSK as a drug firm, Jacobs is not convinced that it will lead to more innovation or new products. ‘I don’t see the grand point of it really,’ he says. ‘GSK management is probably under pressure, because their stock hasn’t been going anywhere.’

He is not impressed by the deal’s complications either. ‘Why merge with Pfizer and then wait two or three years to spin it out? It seems to overcomplicate things and just enrich bankers and management consultants more than anything.’

The proposed transaction is expected to finish in the second half of 2019, subject to shareholder and antitrust approval. GSK says the joint venture is expected to make annual cost savings of half a billion pounds by 2022. Earlier this year, Novartis sold GSK its stake in its consumer health joint venture for $13 billion.