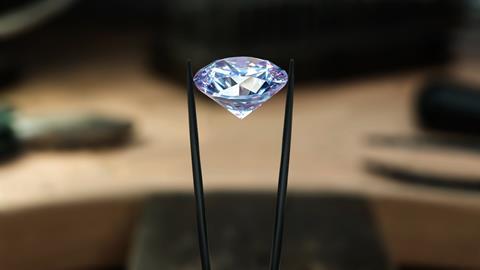 Amorphous materials have no long-range order and can be made by compressing sp2 carbon precursors. Under ambient conditions, C60 remains stable at pressure up to 25GPa. But at temperatures above 800˚C it compresses at 5GPa to form a disordered carbon material as the extreme conditions cause the fullerene’s bonding character to change from sp2 to sp3. The resulting material’s physical properties depend on the ratio of sp2 to sp3 carbons. Raising the temperature during synthesis increases the sp3 fraction, producing a harder material. 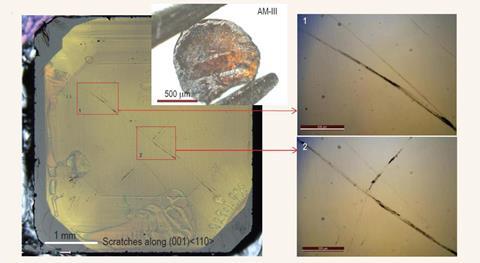 The hardest among these amorphous materials made by an international team of researchers was created at 1200˚C. Its tetragonally-arranged network of sp3 carbons is so hard it scratches diamond and is of a similar compressive strength, which describes the material’s ability to withstand being squashed under a load. But unlike insulating diamond, the material has a small bandgap, making it a semiconductor. This could be useful in solar cells and photoelectric applications as the bandgap is similar to silicon.