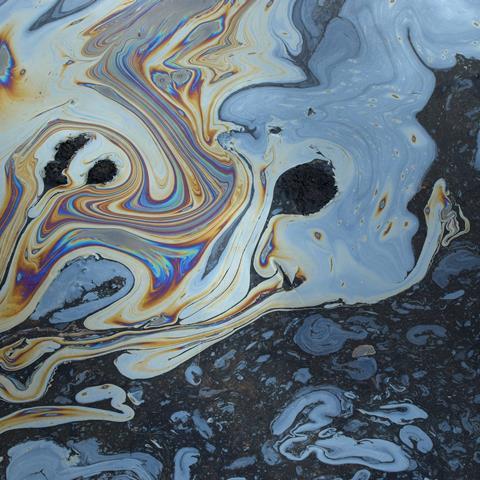 Heavy oil-eating microbe grown in lab for the first time

A microorganism capable of converting oil into methane has been cultivated by researchers in Germany, China and Spain. The single-celled organism, an archaeon called Candidatus methanoliparum, breaks down oil into methane and carbon dioxide. Unlike other archaea that live on short-chain hydrocarbons like ethane or butane, methanoliparium prefers heavy oil and its long-chain compounds.

The microbe was first discovered in 2019, in deep-sea oil seeps in the Gulf of Mexico. But the cells in this study originate from the Shengli Oilfield, which is one of the largest oil fields in China, located in the Yellow River delta. However, methanoliparia exist all over the world, according to genetic analyses. 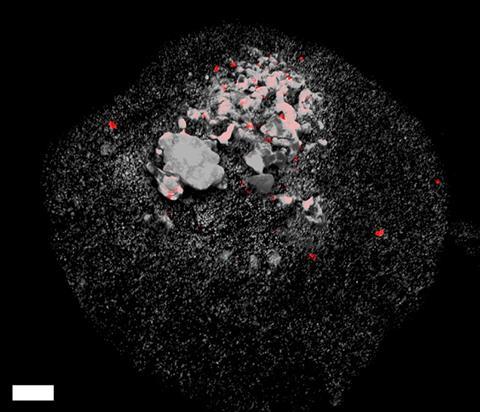 Candidatus methanoliparia (red, in an oil droplet) were discovered two years ago in a deep-sea oil seep. Scale bar 10µm

‘Methanoliparia is a kind of hybrid creature that combines the properties of an oil degrader with those of a methanogen, ie a methane producer,’ explained study leader Gunter Wegener from the Max Planck Institute for Marine Microbiology in a press release.

The international research team was able to grow these microorganisms in the lab for the first time. It turns out that methanoliparium consumes long-chain alkanes as well as cyclohexanes and benzenes with alkyl substituents longer than 13 carbon atoms while shunning ethane, octane and aromatics with shorter alkyl chains.

Methanoliparium’s genetic make-up means that it carries the blueprints for enzymes that can activate and decompose various hydrocarbons as well as ‘the complete gear kit of a methane producer’, according to Wegener. Nevertheless, it activates all hydrocarbons with just one enzyme.

Lab-grown methanoliparia could be used for microbial-enhanced energy recovery from depleted oil reservoirs, the researchers state.