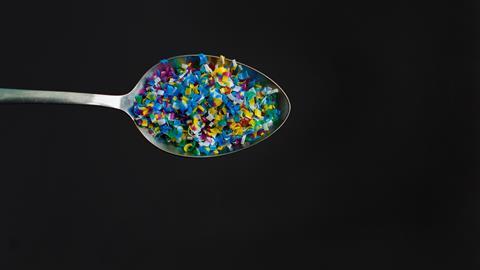 Humans consuming thousands of microplastic particles in their food every year

The average American may be inadvertently swallowing as many as 50,000 microplastic particles every year because of contaminated food, research has shown.

Biologists at the University of Victoria in Canada combined studies on the microplastic content of certain foods with dietary guidelines to estimate peoples’ plastic consumption.

They found that by eating the recommended amounts of seafood, sugars, salt and beer, the average US man could be ingesting 52,000 microplastic pieces each year. For women this figure is slightly lower, at 41,000, because of their smaller food intake. Male and female children have estimated annual intakes of 46,000 and 39,000 microplastic particles, respectively.

There is growing concern that plastics in the ocean could be entering the food chain as microscopic particles absorbed by fish and molluscs. Other foods can be contaminated during production and processing or from plastic packaging, and the study showed that bottled water could also be a significant source of microplastic consumption. The researchers calculated that an adult drinking only bottled water may be ingesting an additional 75,000 to 127,000 pieces of microplastic each year compared to just 3000 to 6000 for tap water.

The team emphasises that these figures are only estimates, because of limitations in the data. They were not able to include common food sources such as meat, dairy, cereals and vegetables in their calculation because their microplastic content is largely unknown. They also point out that it is unclear what effect this exposure to microplastics has on our health.