J&J and the question of shadow research

Former academic researcher who found that talc is not carcinogenic admits that J&J funded his work, but says that fact is immaterial 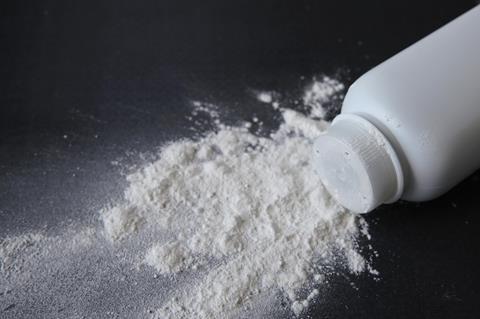 American health-care giant Johnson and Johnson (J&J) has allegedly been involved in funding shadow research into the health effects of talc, and the allegation appears to be substantiated by a former academic researcher involved in the work. The details first came out in a videotaped deposition of Joanne Waldstreicher, J&J’s chief medical officer, which was played in a Missouri courtroom on 11 June.

Mark Lanier, the attorney for 22 women diagnosed with ovarian cancer who are suing J&J claiming that the company’s baby powder contributed to their disease, points to internal emails showing that J&J partly financed a particular research paper from 2008 that found no link between talc use and ovarian cancer.

During the deposition, Lanier produced and quoted from additional documents indicating that the costs of the study were split between J&J – whose baby powder still contains talc, although the company now offers an alternative product that uses cornstarch – and the French mining company Luzenac, which is described as the world’s largest producer of talc. However, the only funder acknowledged in the paper is Crowell and Mooring, the law firm that was representing J&J in its talc litigation, though that connection was not divulged.

‘We have more on this and other situations where J&J polluted the literature through lack of transparency, but I will not be showing it until I begin cross-examining the company in the trial over the coming two weeks,’ Lanier tells Chemistry World. He says the company paid about $22,000 (£16,800) for the study, and even retained the right to edit the work.

Indeed, Michael Huncharek, a researcher who co-wrote the study in question when he worked at the University of South Carolina School of Medicine, confirms that J&J financed the study, but his co-author, Joshua Muscat from Pennsylvania State University College of Medicine, does not.

For his part, Muscat is less forthcoming. ‘In all of my research, I always disclose the funding sources – where the money came from,’ he says. ‘If it was [funded by J&J], then it would have been disclosed in the research paper.’

Huncharek is very adamant that neither he, Muscat nor J&J committed any wrongdoing. ‘J&J came to me and said, “What do you think of this,” and I said, “I agree with you, talc is not a carcinogen,”’ he recalls.

‘We asked them to provide funding for us to do that paper that you cite, but they were completely hands off,’ Huncharek adds. ‘We sent it to them and they said “This looks good,” but we never got a call from them to change anything or modify anything.’

Huncharek notes that he had published research examining talc and cancer well before his involvement with J&J, and that analysis pooled existing studies in the field. ‘The results did not support, on epidemiological grounds, that talc is a human carcinogen,’ he says.

Very few researchers have actually duplicated findings by Harvard University epidemiologist Daniel Cramer showing that there is a potential link between talc and ovarian cancer, according to Huncharek. However, in 2010 the World Health Organization’s International Agency for Research on Cancer classified perineal use of talc-based body powder as ‘possibly carcinogenic to human beings’, based on the fact that ‘many case–control studies of ovarian cancer found a modest, but unusually consistent, excess in risk.’

The IARC did note, however, that a few working group members considered the evidence to be inadequate but the panel nevertheless concluded that the epidemiological studies taken together provide ‘limited evidence’ of an association between perineal use of talc-based body powder and an increased risk for ovarian cancer.

‘It’s a fiasco that J&J is getting sued for this – baby powder is like apple pie and there’s no reason why women shouldn’t be using it,’ says Huncharek. ‘Hundreds of millions of dollars are at stake, a widely used good, solid consumer product may be off the market for no good scientific reason,’ he continues. ‘We have to dot our I’s and cross our T’s.’

Huncharek insists that he is not a hired gun. ‘Someone comes to me with a problem, and I give them my opinion based on my interpretation of the science,’ he states, but others are sceptical.

‘This is a flagrant breach of medical and research ethics,’ says Marion Nestle, professor emerita of nutrition, food studies and public health at New York University. ‘Drug industry funding is almost invariably associated with research results that favour the sponsor’s interests,’ she adds. ‘If the money for the study came from a drug company and was funded by the law firm that represented that company, then it was laundered.’

Robert Proctor, a science historian at Stanford University, describes the surreptitious funding of talc research by J&J as an effective tactic to ‘subvert science,’ taken from the tobacco industry’s playbook. ‘Big tobacco pioneered this strategy decades ago, and they were able to pollute the scientific literature and make it seem like there was an honest controversy about whether cigarettes were causing health problems like lung cancer.’

Meanwhile, the high-profile lawsuit filed by the 22 ovarian cancer patients and their families against J&J in Missouri continues. Lanier and his co-counsel argue that the women’s use of the company’s baby powder and other talc products caused their cancer, and that J&J knew its talc powder was contaminated with asbestos.

Neither J&J nor Crowell and Mooring would comment on the litigation. However, J&J did state: ‘The talc in Johnson’s Baby Powder does not contain asbestos or cause ovarian cancer and we will continue to defend the safety of our product.’

The ongoing trial follows a decision by a California jury in May to award a mesothelioma patient nearly $26 million. That verdict came after a New Jersey jury ruled in April that J&J and a unit of talc supplier Imerys had to pay $117 million to another cancer victim, after agreeing that their talc products tainted by asbestos played a role in his illness. Interestingly, Imerys is apparently no longer on the hook when it comes to the trial now underway in Missouri. An Imerys spokesperson says the company ‘reached a resolution’ with those 22 plaintiffs back in May.

If this latest legal battle in Missouri results in another judgement against J&J, punitive or compensatory damages awarded may not necessarily materialise. Last year, a Los Angeles judge overturned a verdict that would have forced J&J to pay $417 million to a woman who blamed her ovarian cancer on regular talc use. The evidence was deemed too weak to justify the jury’s award.

The reversal came on the heels of a Missouri appeals court overturning a separate $72 million verdict against J&J involving the family of a woman whose regular use of J&J’s powder was implicated in her death from ovarian cancer.