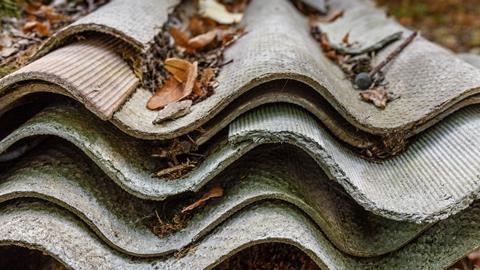 I fondly remember being taught DIY and woodworking techniques by my grandfather. He had a workshop in his Kent garden, where he showed his grandchildren how different tools were used. When he first built it, he topped that workshop with a roof made of corrugated asbestos cement. Basically just cement reinforced with asbestos fibres, it was fireproof, insulating, affordable and easy to handle. From the second world war onwards, it was seen as a wonder material – able to be formed into a wide variety of useful shapes – and was used worldwide. 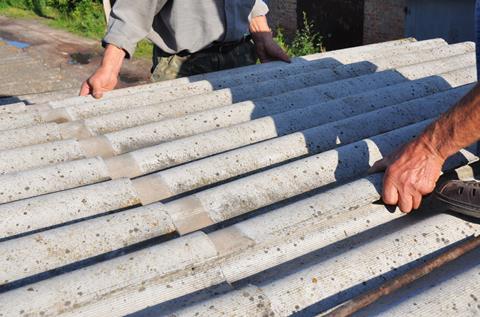 Eventually that roof needed replacing, and so my grandad upgraded to something more modern. He left the corrugated sheets neatly piled at the end of the garden, and never got around to disposing of it. In the intervening years, we grew to understand more about asbestos and its significant health risks. When the time came to clear out grandad’s garden, we treated it with far more deference than it had ever demanded as a simple workshop roof. 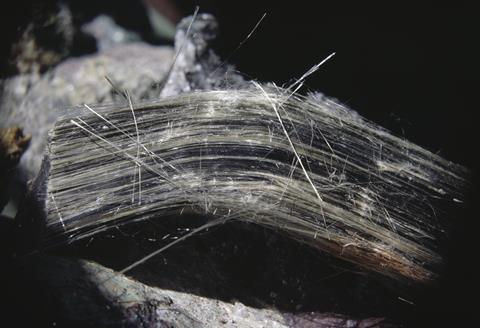 The name ‘asbestos’ describes a handful of different naturally occurring minerals, each with slightly different properties and commercial uses. The most commonly used is chrysotile, also known as white asbestos because it naturally forms as long white fibres. It’s a soft, magnesium-containing silicate that is about as hard as your fingernail. It consists of bundles of fibres generally less than 1 micrometre wide – traditionally I should compare this to a human hair, which range from 17 to 181 micrometres – but up to several centimetres long. 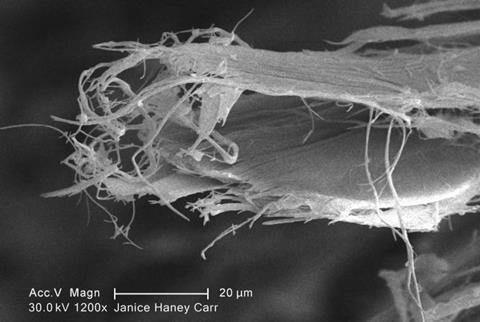 These bundles confer the material considerable tensile strength and make it a good thermal insulator. The chemical properties add additional benefits – it is stable to at least 550 degrees centigrade, for example, at which point it starts to dehydrate, and it resists strong bases. Once described as ‘the world’s most wonderful mineral’ (admittedly by someone who was selling it,) it was used in fabrics, flooring, furniture and fireproofing, and mined around the world in industrial quantities.

In the early 20th century, people started to notice a pattern. Workers in asbestos mines and processing factories died young, frequently of lung conditions. Montague Murray, physician, lecturer and sometime pathologist at Charing Cross Hospital in London, UK, was the first to report finding asbestos fibres in the lungs of a factory worker who died in his 30s. Asbestos was soon added to lists of ‘harmful substances’, but the statistics and biological mechanisms took decades to fully establish. Despite this, in 1918 cautious health insurers in the US and Canada – clearly satisfied that exposure led to an increased risk of serious disease – began declining cover for asbestos workers. 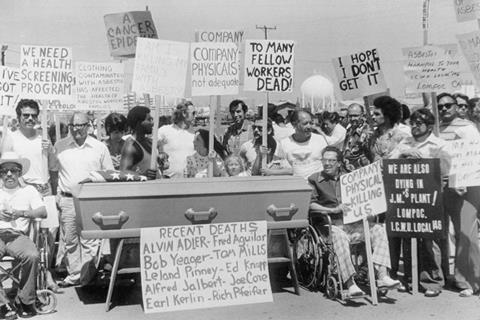 A group of asbestos workers from the Johns-Manville Corp. in Long Beach, line up by a coffin to protest and memorialise the deaths of 11 workers who reportedly had died of asbestos related diseases in the previous 18 months at their plant.

Asbestosis, where inflammation and scarring develop in the lungs over years of exposure – like the liver cirrhosis in a hardened drinker – was first diagnosed in the 1920s, and a report presented to the UK parliament in 1930 showed that two thirds of workers employed in the asbestos industry for more than 20 years suffered from the condition. Regulation to improve ventilation followed soon after, but asbestos use continued apace. 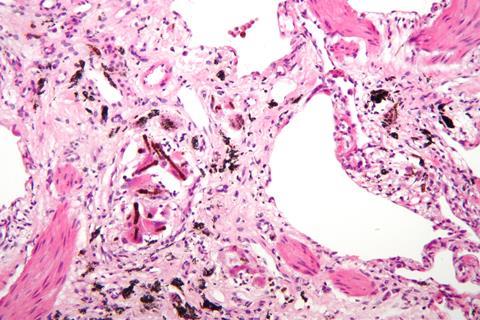 High magnification micrograph of asbestosis of the lung, with characteristic ferruginous bodies and interstitial fibrosis

We now know that exposure to asbestos increases risk of several cancers, as well as asbestosis, mesothelioma, and other related diseases. Disclosures in some of the many asbestos-related lawsuits show that the evidence for this was suppressed by industry for many years. From the 1970s its use was phased out, while litigation relating to the damage it caused stepped up. Claimed to be the longest-running mass tort litigation in US history, involving more than 730,000 people and in excess of $70 billion, asbestos litigation is still going, with hundreds of thousands yet to receive a settlement. 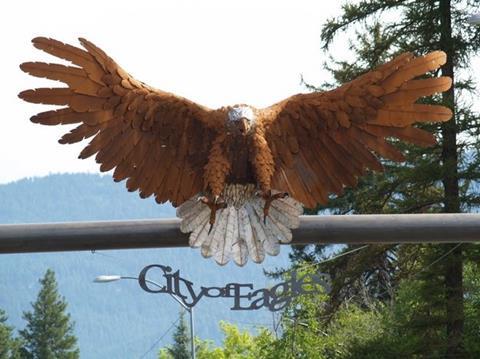 An eagle marks the gateway to Libby, Montana

Perhaps nowhere tells the asbestos story better than the small town of Libby, Montana. At the heart of Libby’s economy was a vermiculite mine, which at one point provided most of the world’s supply of the mineral, used – like asbestos – for insulation and fireproofing. But the vermiculite was contaminated with asbestos dust, which the miners unwittingly carried into their family homes at the end of every shift. The mines also provided leftover vermiculite for baseball fields, roads and other community facilities, so Libby residents were exposed daily.

The mine closed in 1990, but the exposure had a devastating effect. Nearly 10% of the population died as a result, thousands are suffering and new cases are being diagnosed daily. To put this into context, the 2010 census records a population of just 2628 people.

The United States Environmental Protection Agency (EPA) has spent many years and many more millions of dollars decontaminating Libby and neighbouring Troy, actively cleaning schools, parks and more than 2400 properties. Libby was a watershed for the EPA, which declared its very first public health emergency there in 2009 – providing access to additional funding and health care for residents. The clean-up operation isn’t yet finished, but the amount of airborne asbestos in downtown Libby is now approaching nearly 100,000 times lower than before the mines shut. 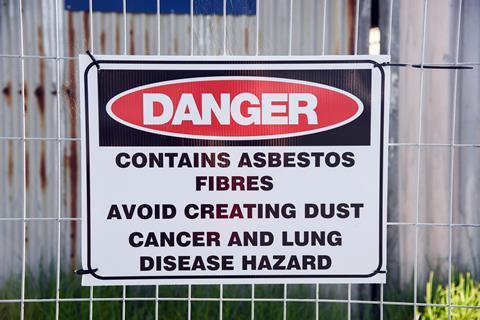 The story of asbestos is far from over: in July 2018, a court in Missouri ordered Johnson and Johnson to pay billions in damages, citing asbestos in talc as a contributing factor to ovarian cancer. The United States Environmental Protection Agency has recently been criticised for a plan to permit new uses of products containing asbestos, though insist the plan allows for greater regulation.

Asbestos was used so widely and for so long that plenty of it is still out there in houses and commercial buildings, and undisturbed presents little to no risk to health. But it has become a cautionary tale – how the ‘world’s most wonderful mineral’ became one of the world’s biggest health hazards.

Next week, Brian Clegg returns with a compound you’ll enjoy if you’re a fan of the classic bakewell tart…

Say ‘bitter almonds’ to a chemist and they will inevitably think of hydrogen cyanide. But what about the usual, delicate but distinctive taste of the nut? Here there’s a far friendlier compound at play

Join Brian next week. Until then, get in touch in any of the usual ways: email chemistryworld@rsc.org or tweet @chemistryworld. I’m Ben Valsler, thanks for listening.