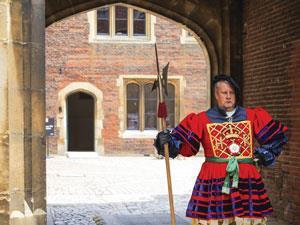 In a first-of-its-kind deal, Pharmaceutical firm Johnson & Johnson (J&J) is making all of its drug trial data available via Yale University, US. The Yale Open Data Access (YODA) project will independently review requests for access to the data from J&J’s pharmaceutical subsidiary, Janssen Research and Development. Harlan Krumholz, principal investigator on the YODA project and a long-time campaigner for better access to trial records, calls the move ‘transformative’. ‘The scope of it and also the willingness to transfer authority, providing access to an independent academic partner, I think is unprecedented,’ Krumholz tells Chemistry World.

Pressure has been growing on the pharmaceutical industry over its vast archive of hidden knowledge, with half of all clinical trials historically not published, and some not even registered. That missing data means that healthcare decisions are not completely informed, and that trials may be repeated unnecessarily. As this failure has come under increasing scrutiny, focussed by researchers like Krumholz and campaigns like AllTrials, some drug companies have seemingly responded remarkably quickly.

Multinational giants such as GlaxoSmithKline, Roche and Pfizer have launched their own web portals where researchers can apply to access their data. Similarly the European Federation of Pharmaceutical Industries and Associations (EFPIA) and the Pharmaceutical Research and Manufacturers of America (PhRMA) have introduced joint ‘Principles for Responsible Clinical Trial Data Sharing’. ‘Getting our member companies – complex global organisations – to agree to this baseline was a huge milestone,’ underlines Richard Bergström, EFPIA Director General.

But in May 2013, Abbvie and InterMune sued to prevent the European Medicines Agency releasing clinical trial documents, although interim injunctions they had obtained have now been annulled. And some industry efforts have come under criticism for being incomplete, excluding patient data on ‘off-label’ use for which drugs haven’t been formally approved or older trials. ‘The real focus for the campaign is old data,’ explains Sile Lane of Sense About Science in London, UK, an AllTrials campaign member. ‘The vast majority of medicines prescribed now came on the market a decade or more ago and therefore were tested in clinical trials decades ago.’ 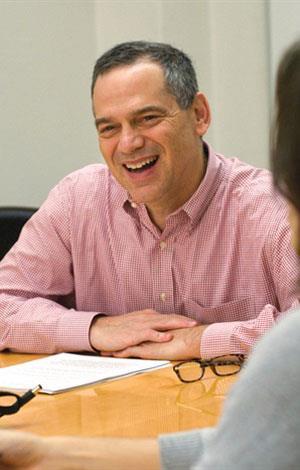 From 2011-2013, YODA oversaw independent reviews of all scientific evidence, including trial data, about a controversial bone growth product made by Medtronic, which also funded the review process. Last April, Krumholz appealed passionately to the US Institute of Medicine for more accessible trial data. Krumholz’s former medical school classmate Joanne Waldstreicher, now J&J’s chief medical officer, was among the audience and discussed his plea with him. ‘I told her to consider whether there was an opportunity for J&J to give an example of what the next generation of data sharing and open science ought to be,’ the Yale researcher recalls. ‘She championed it and leadership signed off on it.’

The costs of moving from just one product to a company’s whole archive will be paid by J&J. Nevertheless, Krumholz stresses that YODA’s advantage lies in its credibility as an independent body that will not impede access to data, but will ensure its responsible use. ‘People should follow a process, putting in proposals, getting feedback, having proposals posted online, having user identities, funding, conflicts of interest shown,’ he asserts. ‘We have to track the experience with this and what insights are produced.’

Bergström says the agreement ‘marks another valuable milestone in industry’s move towards responsible sharing of clinical trials data’, a concrete step towards the EFPIA/PhRMA commitment. ‘The conversation surrounding clinical trials data transparency grew significantly throughout 2013,’ he adds. ‘I personally believe that open conversation with all relevant stakeholders is the only path forward.’

This deal goes beyond the initial target AllTrials is pushing for, of a universal register of trials that could later be audited to highlight missing data, Lane notes. ‘We’re really pleased to see companies taking the bull by the horns and saying it’s the right thing to make our data available for independent scrutiny. That can be worrying – we all have skeletons in our cupboards, if you open up our past you never know what you might find. But to make medicine better forever takes bravery and leadership. The move by J&J is a brilliant step.’