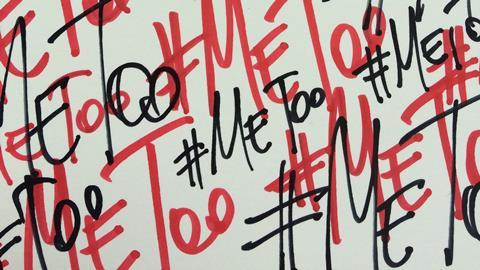 Four out of five of the US’s major funding agencies have received three or fewer sexual harassment complaints in the last four years. The fifth agency – the National Science Foundation (NSF) – received 14 complaints, according to preliminary analysis from Congress’ Government Accountability Office (GAO).

The new data comes as preeminent organisations like the US National Academy of Sciences and the American Association for the Advancement of Science (AAAS) are putting in place policies to eject members who commit serious conduct violations like sexual harassment, and government funding agencies are following suit.

The GAO concluded that the availability of staff and funding to tackle sexual harassment allegations varies across these five agencies. In particular, while Nasa, the NIH and the NSF have communicated relatively detailed sexual harassment policies by issuing multiple forms of guidance such as policy manuals and best practice documents for grant holders, the DOE and Nifa have produced more general documents.

The NSF now requires grant holders to increase transparency by reporting all findings of sexual harassment to the agency, and the GAO notes that Nasa plans to implement similar rules. As agencies continue to strengthen their policies and rules for grant holders, this may increase the number of complaints an agency receives from universities they fund, as well as the time and money they dedicate to these cases.

The GAO notes that the number of sexual harassment complaints lodged with the NSF has increased since the agency implemented its new grant terms and conditions in September 2018. These require grant holders to report any sexual harassment findings involving a principal investigator or co-principal investigator for NSF-funded research. Officials from the agency also described an increased number of questions and calls about how to report such incidents and requests for training, as well as meetings with the agency’s programme officers and other stakeholders.

One criticism that the GAO report levels against all five agencies is that they have not yet evaluated the effectiveness of their policies and procedures to prevent sexual harassment. The lack of information on sexual harassment cases is one of the major challenges, and the GAO warned that these difficulties may increase the risk that universities or agencies are unknowingly funding researchers with a history of past sexual harassment findings.

The GAO’s findings were presented at a hearing of the House Science, Space and Technology Committee on 12 June. The panel’s chairwoman, Congresswoman Bernice Johnson, said the incentive structure within academia encourages a lack of transparency and accountability. ‘It does less harm to an institution’s reputation to allow a bad actor to quietly resign and often move on to another institution, than to do a full investigation that may result in a potentially embarrassing public finding,’ she said.

Successful scientists bring in large grant awards for their institution, and the loss of these researchers, and the funding that comes with them, can be a big blow to some institutions, Johnson added. She argued that there is a strong incentive for the victim to remain silent. ‘It is far easier for a student or early career researcher to keep quiet about her experience than to face the very real prospect of retaliation from her harasser and the harasser’s colleagues.’

This disincentive is illustrated by the surprisingly low rate of reporting by sexual harassment victims at US universities. According to a landmark report on this topic issued last year by the US National Academies, only 6% of graduate students and faculty who are sexually harassed report their experience to their institution.