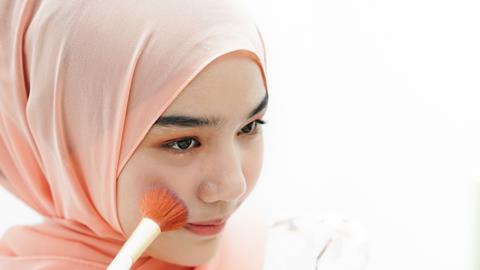 Nanoparticles in products, such as cosmetics, are unlikely to penetrate the skin but are more likely to do so if the skin is damaged, a new report has confirmed. However, it notes that the lack of standardised, validated methods and the use of varying testing protocols made it difficult to compare and evaluate results.

The study, commissioned by the EU Observatory for Nanomaterials and carried out by a consortium of Dutch researchers, analysed existing research on whether nanomaterials used in consumer products and in workplaces are absorbed through the skin. It found that nanomaterials are rarely absorbed through intact skin. However, it notes that silver ions from silver nanoparticles – often added for their antibacterial properties – may partly penetrate skin.

The team recommends that any new studies on absorption should use tests on tissue in natural conditions (ex vivo), use human or pig skin (not rodent skin), and follow OECD guidelines.

Andrew Maynard, director of the risk innovation lab at Arizona State University, points out that the report confirms what has been known for a decade – that there is little to suggest that healthy skin presents a significant point of entry for engineered nanomaterials. But the report does ‘appropriately highlight’ challenges in comparing studies using different approaches and methodologies. ‘However, even with these challenges, there is minimal scientific evidence that healthy skin penetration presents a major non-material risk,’ he adds.

Michael Roberts, professor of clinical pharmacology and therapeutics at the University of Queensland, wonders why the study, while commendable, doesn’t examine the considerable pharmaceutical and dermatology literature in this area. ‘All environmental, pharmaceutical and nanotoxicological in vivo and ex vivo human skin studies are consistent in showing that nanoparticles rarely penetrate the skin’s outermost layer,’ he says. ‘There is also much research to show that nanoparticles can pass through damaged and animal ex vivo skin and that, when small ions are released from nanoparticles, they also penetrate human skin.’ This is a property of the dissolved ions, however, rather a property specific to nanoparticles.

Richard Guy, professor of pharmaceutical sciences at the University of Bath, points out that intact human skin is an excellent barrier. The evidence for nanoparticles being absorbed through the skin and causing harm or even for the delivery of drugs ‘is weak to non-existent unless the skin barrier is significantly compromised’. However, he thinks a ‘section of investigators’ will continue to believe this despite the evidence and this report.