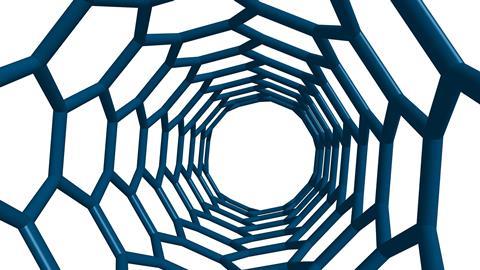 The Organisation for Economic Co-operation and Development (OECD) has published methods that are specifically designed to assess the toxicity and environmental impacts of nanoparticles – a project that has taken over a decade.

Three new test guidelines have been produced by the OECD’s working party on manufactured nanomaterials, which was formed in 2006. Two describe inhalation toxicity studies that can be done on rodents over 28 days or 90 days, and the other details ways to measure the dispersal of nanoparticles in the environment.

‘This is the first thing to come out of the OECD’s materials testing programme which has been going for about 10 years now,’ says Andrew Maynard, a professor at the school for the future of innovation in society at Arizona State University, US. ‘Companies now know what they need to do to pass muster when it comes to testing the environmental release and impact of certain nanomaterials.’

David Carlander, director of regulatory affairs at the Nanotechnologies Industry Association, says the guidelines are ‘very valuable’ and will be welcomed by industry. ‘All these guidelines fall under a mutual acceptance of data agreement among member states [of the OECD], so if you have done the test in one of those states you can use that data in various jurisdictions throughout the world,’ he says. ‘This is very beneficial, as it reduces the resources required to fulfil regulatory requirements.’

He explains that both the inhalation toxicity guidelines are essentially minor updates to tests that are already used on other substances. ‘But they have been updated to consider more things that you should look at when you are performing these studies on nanomaterials.’ He adds: ‘The environmental one is one of the first nanomaterial-specific technical guidelines.’

In the past there have been calls for nanomaterials to be governed by separate regulations, but although some countries have set up national registers or reporting schemes, they are treated similarly to non-nanoscale materials in most countries. In Europe, for example, they are currently covered by the registration, evaluation, authorisation and restriction of chemicals (Reach) regulation.

‘We still may need more adaptation of specific guidance or guidelines that are applicable to nanomaterials to ensure that the tests that are being run provide accurate results,’ says Carlander.

The European commission recently published a proposal on how to adapt the Reach regulations to be more specific for nanomaterials. They plan to introduce a new legal definition of what a ‘nanoform’ of a substance is in the context of Reach, and have launched a consultation that will report back in early November. Depending on what they ultimately decide, Carlander says the resulting changes in regulation could have wide ranging effects on chemical companies.

‘It’s not so much for the nanotech industry – we know we’re working with nanomaterials,’ he says. ‘But there may be profound implications for the traditional chemical industries – those producing powders or pigments, for example.’

Such companies may not currently be aware they are working with nanomaterials, and could therefore have to adapt to new regulatory requirements even though their products and materials haven’t changed for many years. ‘You may find that your material falls under the new description of a nanoform, and you’ll have to provide additional information beyond what would be required for a conventional substance,’ says Carlander.

Meanwhile, in the US, public interest in bringing in regulations that are tailored to nanoparticles has ‘died down’ over the past few years, according to Maynard. ‘In most cases they are being treated just like any other chemical substance, although there is a registry where they’re trying to collect data at the moment,’ he says. ‘We’ve had hundreds of millions of dollars poured into nanosafety research, a lot of which has indicated that there are not as many serious issues as we originally thought. It’s taken the edge off a lot of the public debates.’

Whether or not there is a strong appetite for more specific regulations around nanoparticles, Carlander thinks the key to ensuring their safe and responsible use is to optimise the methods by which they are tested. ‘In the next few years we will see more guidelines being published where adaptations have been made to include nanomaterials,’ he says.