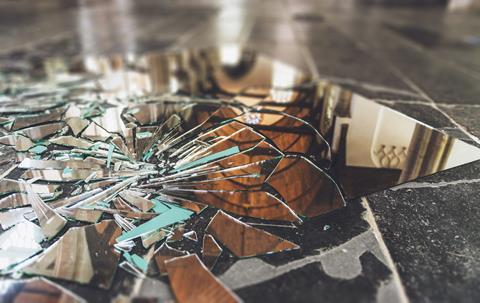 For the first time, scientists have converted a mixture of mirror image molecules into a single enantiomer by reversing racemisation – an undesired, but sometimes unavoidable process feared by organic chemists. Unlike chiral resolution, the light-driven deracemisation leaves the molecule’s chemical structure untouched.

The process could one-day change how medicinal chemists make enantiopure drugs and might even explain how life’s asymmetry emerged billions of years ago.

Certain molecules come in two forms with opposite three-dimensional shapes. In most ways, these mirror image molecules are identical: they have the same melting points, solubility and boiling point. Only when they interact with other chiral matter – molecules or light – do enantiomers behave differently.

Since many biological structures are chiral, too, enantiomers can smell or taste different from each other. And in chiral drugs, one enantiomer is often more effective than the other. But making single enantiomers isn’t easy. The field of asymmetric synthesis is vast, using chiral reagents or catalysts – often an enantiopure biochemical – to create single enantiomer products.

But what if chemists could make all molecules as a 1:1 enantiomeric mix and interconvert the undesired into the desired enantiomer at will? Thorsten Bach from the Technical University Munich, Germany, and his team have taken the first step towards this ambitious vision. In a process driven by visible light, they have used a photocatalyst to make a racemic allene mixture enantiopure.

This process is unlike dynamic kinetic resolution, in which a racemate reacts – for example in a hydrogenation or acylation – to form another, enantiopure compound. ‘What we do is different,’ explains Bach. ‘We leave the compound the same and only change its absolute configuration.’

In essence, the process is a reversed racemisation. Racemisation converts enantiopure molecules – for example amino acids – into racemic mixtures, often to the dismay of the chemist who made the compound.

In Bach’s case, the deracemisation happens at the chiral thioxanthone catalyst. It grabs the allene through hydrogen bonds and interconverts it into its mirror image by transferring light energy. But this only works for one enantiomer. In the other enantiomer, the allene’s bulky alkyl chain is pushing it away from the catalyst – too far to receive its captured light energy. So, over the course of a few hours, the reactive enantiomer is converted into the unreactive one.

‘This is a new, completely different way of doing enantioselective chemistry – I think it’s very exciting,’ says Catherine Holden, a postdoctoral researcher in photochemical enantioselective catalysis at the Institute of Chemical Research of Catalonia, Spain.

The only downside, she explains, is that the process is restricted to axially chiral allenes – at least so far. ‘In principle, if you could do this with any racemic substrate, that would be very cool.’ Bach’s team is already working on other compound classes, including molecules with point chirality like cyclopropanes and sulfoxides. The latter being important in the pharmaceutical industry as proton pump inhibitors.

‘We’re all taught that enantiomers are equal in energy and that normally there’s a 1:1 mixture, an equilibrium, established under thermal conditions,’ Bach continues. ‘[Our] process is counterintuitive, but photochemistry can do things that aren’t possible in the ground state.’