Litany of security breaches at US government science institute revealed

National Institute of Standards and Technology’s security lapses persist, more than two years after illegal meth production was uncovered at one of its sites 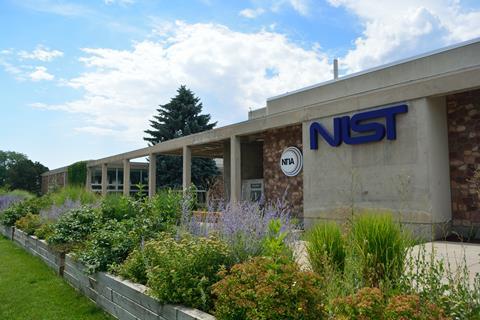 The National Institute of Standards and Technologies’ site at Boulder, Colorado, where one of the security breaches occurred

The US National Institute of Standards and Technology (Nist) was rocked by scandal two years ago when a member of the agency’s security force caused an explosion in one of its Maryland campus labs while illegally making methamphetamine. Additional troubling security failures have since been revealed.

Members of Congress discussed the situation during a hearing of the House Science, Space, and Technology Committee on 12 October. Since the high-profile meth cooking incident, several other serious security lapses have occurred at Nist, whose mission is to promote innovation and industrial competitiveness.

In April 2016, a member of the public managed to enter a secured facility at the agency’s Boulder, Colorado, campus, according to the top Democrat on the committee’s oversight subcommittee, Don Beyer. In addition, he said a paraglider landed on the grounds of the agency’s same campus in May 2017. More recently, in June 2017, a member of Nist’s police force at the Maryland campus was arrested and charged with first and second degree assault, according to Beyer.

The congressman described Nist’s security structure as ‘fragmented, inefficient and in some cases inadequate’. He noted that the Commerce Department, which runs Nist, oversees the agency’s security personnel, while Nist manages access control technologies and other physical security countermeasures. ‘Without a cohesive organisational structure, it seems inevitable that gaps in security will continue to emerge, and the management of Nist’s security will be inefficient and potentially ineffective in confronting threats to the agency and its employees,’ Beyer warned.

Significant problems remain with Nist’s security structure, operating procedures and performance. A major concern is that unapproved visitors could gain access to highly sensitive equipment and substances. For example, there is a nuclear reactor onsite at the agency’s Gaithersburg, Maryland campus. Nist also stores caches of radioactive material for testing and measurement standards.

In August, a Nist employee was exposed to levels of radiation above the annual regulatory limits when a two-decades-old ampoule of americium-241 exploded. ‘It was in solution, and as the radioactivity occurred these decayed particles caused radiolysis, created a gas and over time the gas over-pressured and the ampule exploded,’ explained Kent Rochford, Nist’s acting director, at the hearing.

The report on the problems at Nist accepts that the agency’s leaders have now taken steps to improve security at its sites. Independent security assessments have been sought and a security action plan has been created. However, members of Congress were briefed during a closed session that 15 efforts to to breach different parts of Nist’s facilities, resulted in 15 security breaches. Video evidence was presented showing undercover agents subverting Nist security using ‘very basic espionage techniques’, said Darin LaHood, a Republican who chairs the oversight subcommittee. ‘The evidence produced in these videos shines a light on the porous nature of Nist physical security,’ he added.