A House of Lords report has urged the UK government to clarify how it will handle chemical registrations after Brexit or risk a ‘trading hiatus’ and loss of access to 16,000 substances. 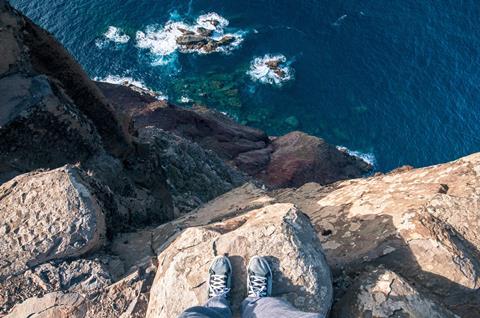 Without some arrangement, EU and UK chemicals registrations will become invalid in the other territory on exit day, leaving the industry facing a trading cliff edge

The report - Brexit: chemical regulation - follows an inquiry into the implications of Brexit for the UK’s continued participation in the EU regulation on registration, evaluation, authorisation and restriction of chemicals (Reach), held by a House of Lords sub-committee in July.

The Lords committee calls on the government to clarify ‘as a matter of urgency’ whether it would automatically accept EU-led chemical registrations into a UK system. Otherwise, it warns, Brexit would put a stop to the trade and use of some 16,000 chemicals.

This is becoming more pressing as negotiations on the UK’s membership of the single market make it look ‘highly unlikely’ that it will remain part of the Reach system, said committee chair, Lord Teverson. ‘That means it urgently needs to be working on a plan B, and that simply hasn’t happened, which leaves the sector facing a huge cliff-edge on the day we leave the EU,’ he said.

The report also wants the government to spell out how it will register chemicals for which it cannot access Reach registration data. Industry is concerned that UK regulators will expect them to resubmit a full data package, as mentioned in the government’s recently published guidance on a ‘no deal’ Brexit.

The Chemical Industries Association (CIA) says businesses have already spent ‘in excess of £550 million’ on Reach data. Requiring them to duplicate pre-existing registrations ‘undermines our global competitiveness and may well result in the UK losing significant businesses across many sectors,’ the trade body commented.

Another key concern for the committee is how the UK will populate its own chemicals database if it loses access to Reach. Junior environment minister Thérèse Coffey had proposed at the committee hearing to ‘copy and paste’ registration information held by the European Chemicals Agency (Echa). This is ‘not credible and raises serious legal concerns’, the report says.

Confirming these doubts, Echa says the UK authorities would not be permitted to reproduce its databases for use after Brexit. Currently, authorities have to delete and destroy any local copies of downloaded data once they have used them for specific tasks under EU chemicals legislation, the agency says.

Different rules for future use of industry data ‘would have to be agreed between the UK and the EU as part of a possible post-Brexit agreement,’ Echa adds.