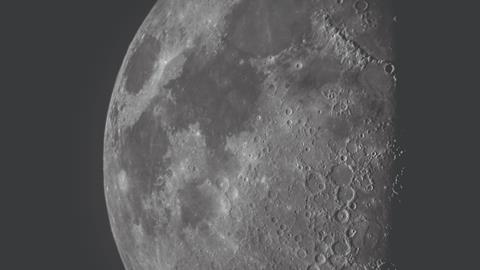 Lunar soil shows promise as a catalyst for extraterrestrial photosynthesis

Soil samples gathered by China’s Chang’E-5 spacecraft in late 2020 have been tested as catalysts for water splitting and carbon dioxide conversion. The goal is to be able to make oxygen, hydrogen and other fuels on the moon, using only materials available there. That would reduce the need to transport chemicals from Earth, which is expensive and difficult. To achieve this, researchers working with Zhigang Zou from Nanjing University have proposed a new technology that they call extraterrestrial photosynthesis. The approach tries to maximise the use of lunar resources, including extreme temperatures and intensive sunlight. 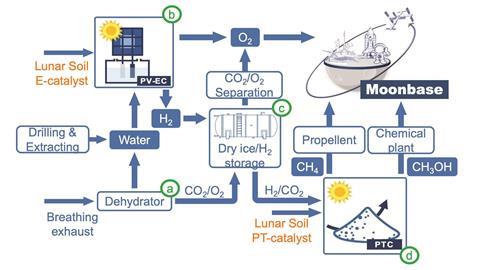 Wee-Jun Ong, who develops nanomaterials for energy and catalysis at Xiamen University in Malaysia and was not involved in the study, says that extraterrestrial photosynthesis is a clever way to convert waste carbon dioxide into fuels. The method uses water and carbon dioxide exhaled by astronauts to make a range of chemicals and takes advantage of the extreme environmental conditions on the moon, which include temperatures that range from –173°C at night to 127°C during the day. ‘This is very smart and exciting work, which has opened our eyes to support the development of manned moon bases,’ says Ong. ‘The Chang’E-5 lunar soil is very versatile and can be utilised as a photovoltaic-driven electrocatalyst, a photocatalyst or a photothermal catalyst.’

The team analysed the lunar samples and found that iron-, magnesium- and titanium-rich compounds present in the rocks could catalyse a number of processes. The soil also has a porous structure, which provides a larger surface area for reactions. ‘There are many compounds in the Chang’E-5 sample which are auspicious for driving a series of catalytic reactions,’ comments Ong. ‘These substances are the typical active components for promoting water splitting and carbon dioxide conversion.’ Among the catalytically active materials identified by Zou and his colleagues are minerals like ilmenite, pyrrhotite and olivine. 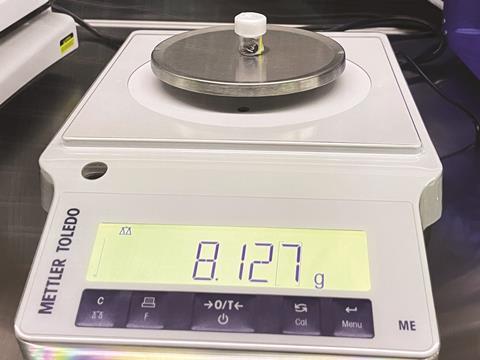 After characterising the Chang’E-5 soil samples, the scientists went on to test them as electrocatalysts to produce hydrogen and oxygen from water using sunlight. ‘Significant hydrogen and oxygen bubbles were observed on the electrode surface, highlighting the robustness of employing lunar soil in existing photovoltaic-driven electrochemical technologies,’ explains Ong. ‘But the drawback is the poor stability, which may stem from corrosion of the carbon substrate and lunar soil at the anode.’

The lunar samples were also tested as photocatalysts for converting carbon dioxide into fuels like methane and methanol. ‘Carbon dioxide is a highly stable molecule, so without catalysts, it’s very difficult to make it react to form value-added chemicals,’ notes Ong. Using NMR spectroscopy and isotopic labelling, the team demonstrated that their methanol was indeed formed from carbon dioxide and not from other carbon sources.

Ong mentions that the approach could one day become a useful support system for long-term deep-space exploration. While the performance of Chang’E-5 soil is still below that of the materials commonly used for these types of processes, the researchers believe that it can be greatly improved by optimising its structure, morphology and composition.