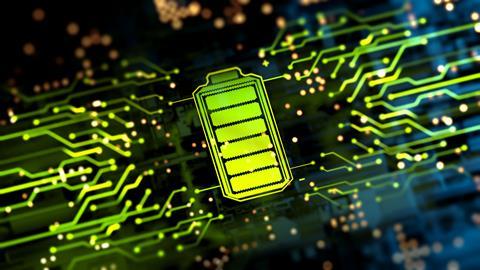 Machine learning has been used to quickly discover some of the most promising materials for fluoride-ion batteries. The work could accelerate development of these batteries, which are tipped by some to rival, or even replace, lithium-based ones.

In theory, fluoride-ion systems are ideal for batteries in everything from electric vehicles to consumer electronics. That’s because fluoride ions are lightweight, small and highly stable. Fluoride is also cheaper than lithium and cobalt that are required for lithium-ion batteries. What’s more, calculations suggest that fluoride-ion batteries have potential for greater storage capacity than lithium-ion technologies.

However, fluoride-ion battery research is still in its infancy, with the first experimental example only reported in 2011. Research has been slow because not many materials are known to conduct fluoride ions, a vital requirement since it’s the movement of these ions that enables these batteries to charge and discharge. Finding the best materials to use in fluoride-ion batteries had therefore posed a challenge.

Now, Jack Sundberg and colleagues in Scott Warren’s lab at the University of North Carolina at Chapel Hill, US, have devised a machine learning method using supercomputers that can rapidly and accurately work out how easily fluoride-ions move in any known fluoride-containing crystal. The team initially used a common hierarchical calculation method to screen a database of 140,000 known materials, cutting it to 10,000 fluoride-containing candidates.

‘Because fluoride-ion conductors have not been studied much, we simply didn’t know what additional criteria to apply to find top candidates among the 10,000,’ explains Warren. This meant that promising materials could potentially be rejected by a single criterion before they could be identified by other criteria and so a new strategy was required.

Sundberg first randomly selected 300 of the 10,000 candidates and ran very accurate calculations for each material’s fluoride-transporting ability. These benchmark calculations, which took a week per material, were then used to train the system to develop a much faster version of the calculation – just one hour per material. The researchers were then able to apply this to the remaining materials to quickly and accurately determine their fluoride conduction properties. The technique identified other known fluoride conductors, which gave the team confidence in its results.

‘What’s really cool is that many of the materials appear to be better conductors than the ones used in lithium-ion batteries,’ says Warren. One such material is a fluoride-containing zinc-titanium compound, ZnTiF6. ‘This material is extremely cheap, has excellent fluoride-conduction properties, and should be especially promising as an electrolyte for a fluoride-ion battery. We’ve just submitted a patent for some of the most exciting compositions,’ Warren explains.

‘This work would allow the experimental solid-state chemistry community to focus its efforts on the computationally down-selected compositions first and therefore accelerate the materials discovery process,’ says Mauro Pasta, who investigates fluoride-ion batteries at the University of Oxford, UK. ‘It will be exciting to see new compositions being experimentally explored.’

Sundberg suggests it may not be long before suggested materials are tested, including ZnTiF6. ‘Our calculations show that these materials are stable and can be synthesised, so some other students in our lab are working to experimentally synthesise them and test their properties.’