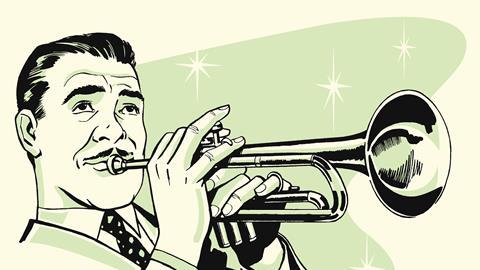 Male scientists are significantly more likely than female colleagues to present their studies more favourably in research titles and abstracts, and these differences appear to lead to higher citations, according to new analysis published by an international team led by Harvard Medical School researchers. The study, which is believed to be the first large-scale attempt to quantify differences in language used in scientific literature by men and women, analysed more than 6 million peer-reviewed clinical and life science publications and found that those with male lead authors were up to 21% more likely to use this positive framing than those with female lead authors.

Words such as ‘novel’, ‘unique’, ‘promising’ and ‘excellent’ were used more frequently by male scientists that female ones. The research papers that employed such positive framing had up to 13% more citations than those without the favourable spin.

Articles in which the first and last authors were both female were, on average, 12.3% less likely to use these sorts of positive terms to describe their research, compared with articles in which either the first or last author was male. The gender difference in positive presentation was greatest in high-impact clinical journals, with women 21.4% less likely to present their research in this positive light.

‘As this gender difference was most pronounced in the highest impact journals and was associated with higher downstream citations, the potential propensity of women to present equivalent work less positively than men may influence career progress and deserves further attention,’ the researchers note. These findings suggest that differences in the degree of self-promotion may contribute to the well-documented gender gaps in academic medicine and in science more broadly.

Shirley Malcom, who directs the American Association for the Advancement of Science’s education and human resources programme and was not involved in the study, is worried that this trend could harm the research enterprise itself. ‘This self-promotion and spin might have disadvantages for the advancement of science, and that might relate to work being overhyped or overpromised, or a failure to acknowledge when there is still a lot more work to be done,’ she tells Chemistry World.

‘This is a kind of double-edged sword,’ Malcom continues. ‘On the one hand, you are pointing people to promising work, but on the other hand you are also pointing to work that may represent an overhyping of findings.’ She suggests that the Harvard-led team’s findings are probably valid for scientific fields beyond biomedicine and the life sciences, since novelty is valued across research disciplines. ‘The wording is probably field-related, but the idea of wanting to push forward a piece of work is probably a pretty human thing,’ Malcom says.

Many women are more reserved when presenting their research – whether it be grants, papers, or seminars – to minimise the criticism that big claims of novelty can draw, suggests University of Michigan chemistry professor Anne McNeil, who launched a database called Diversify Chemistry last year to help academic faculty search panels, symposium organisers and others find chemists who come from historically underrepresented backgrounds. ‘Maybe it is a learned skill, where criticisms in past reviews of grants and papers led them to tone down their framing to ease the publication process,’ she says.