Eucalyptol could replace diethyl ether, DMF, THF and toluene in many synthetic reactions 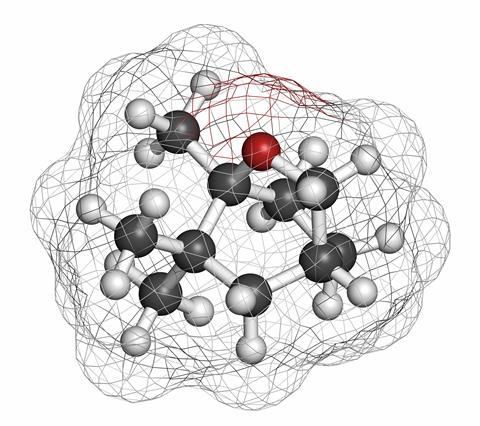 Scientists in France have discovered a new use for eucalyptol – as well as repelling insects and revitalising sauna-goers, the eucalyptus essential oil works as a sustainable solvent for cross-coupling reactions.

Solvents can make up around 80% of the mass of materials used during pharmaceutical manufacture. And many common laboratory solvents derive from non-renewable resources. Eager to find an alternative, a research team led by Sabine Berteina-Raboin from the University of Orléans has analysed two bio-derived compounds, limonene and eucalyptol, for their potential use as solvents in palladium-catalysed cross-coupling reactions. 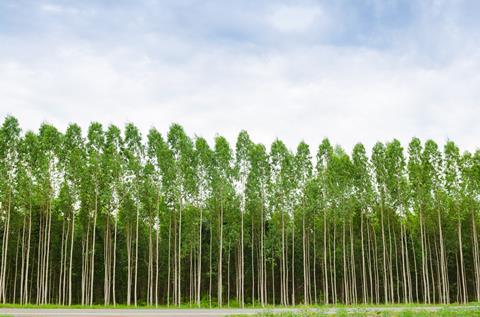 Limonene is a monoterpene well known for its presence in citrus fruit peels, while eucalyptol is an oxygenated terpene that accounts for 90% of the essential oils in eucalyptus. Eucalyptus trees are fast growing and widely cultivated for the paper industry. As such, large quantities of eucalyptol are readily available.

When compared to more commonly used solvents, eucalyptol gave improved yields for a range of Suzuki–Miyaura and Sonogashira–Hagihara reactions. While there were some limitations on the starting materials, the researchers highlighted the safety of the solvent and the ease with which it could be recycled as significant advantages. They suggest that eucalyptol could replace diethyl ether, DMF, THF and toluene in many organic synthesis reactions.