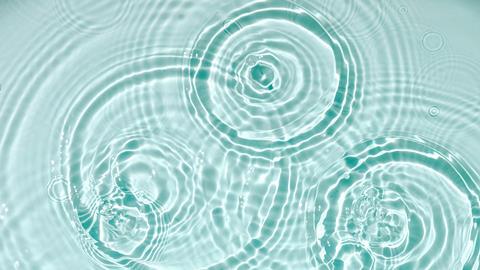 The electronic structure of hydrated proton complexes has been measured precisely using x-ray spectroscopy and simulations.1 The new results, which give insights into what happens during proton transport in water, could be used to optimise hydrogen fuel cells and understand how proton pumps work in biological systems.

‘Solving the structure and transport mechanism of an excess proton in water has been a topic of intense research for many decades,’ says Damien Laage at the École normale supérieure Paris in France who wasn’t involved in the study. ‘This work represents a major step forward in solving this lingering mystery.’

Laage explains that excess protons move much faster than other cations in water. ‘This is because they can move either by travelling with the water molecule to which they are bonded or by a mechanism known as the Grotthuss mechanism, where the defect is transferred rapidly between water molecules.’ But there’s still no consensus on the exact process, he adds.

Being able to determine the structure of hydrated protons is important for understanding the mechanism behind proton transport in solution. Although the geometries and stoichiometry of proton complexes have been widely studied, their electronic structure has remained elusive. ‘We found that hydrated protons are connected to three water molecules in an asymmetric fashion,’ says Erik TJ Nibbering from the Max-Born Institute in Germany who co-led the study. ‘Two water molecules share a proton and a third one is tightly bonded to it, but not as strong as the first two molecules. Our data suggest that these complexes have a structure that contains the H7O3+ ion as the inner unit.’

The team carried out x-ray spectroscopy measurements at the Bessy II facility in Berlin to determine the electronic structures of oxygen atoms located close to an excess proton. ‘They measured the water spectra in a novel jet arrangement, finding several peaks for hydronium and its hydration water,’ comments Noam Agmon at the Hebrew University of Jerusalem in Israel.

The scientists collected spectra for complexes with different numbers of water molecules to find out how many of those molecules experienced significant changes in their electronic structure upon association with a proton. They combined these experiments with infrared spectroscopy measurements and molecular dynamics simulations.

Probing the electronic structure of the hydrated proton complex is not possible in water because the huge number of water molecules drown out the complexes’ signals, Nibbering explains. ‘Hence, we decided to probe the hydrated proton complexes in an acetonitrile solution instead.’ Nibbering points out that the complexes behave similarly in acetonitrile to water.

‘The researchers show that the hydronium ion forms very strong hydrogen bonds with two neighbouring water molecules while other water molecules further away are mostly polarised by the proton’s electric field,’ explains Laage. ‘This work suggests that a structure with three water molecules needs to be considered.’

Agmon mentions that the new findings agree with theoretical results reported by a research team he was part of a few years ago,2 although a different interpretation of the structure is being proposed now. Nibbering says that the combination of theory and experiment provides a clearer picture of the system. ‘Until now, most studies on the microscopic mechanism of proton hopping in water have relied upon state-of-the-art quantum chemical molecular dynamics to describe the elementary steps. We are convinced that our combined experimental and theoretical study will be an impetus, not only for more experiments, but also as input for further development of theory on the fascinating topic of proton hydration.’