Nobel laureate who shone a light on GFP dies 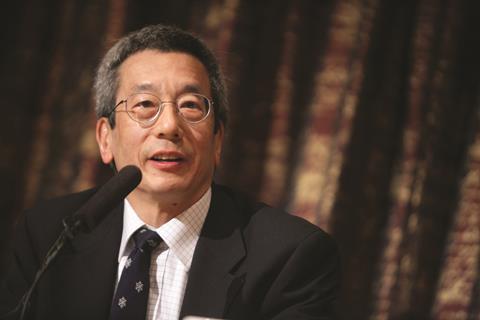 Tsien’s work changed the way that we look at cells

The American biochemist Roger Tsien, who was awarded the 2008 Nobel prize in chemistry for his pioneering work on green fluorescent protein (GFP), has died aged 64.

Born in New York in 1952, Tsien had a passion for chemistry from a very young age. In his parents’ basement, the budding chemist would often perform classic, and at times risky, inorganic chemistry experiments – supplemented with equipment his father had borrowed from Esso’s research laboratories.

By age 16, Tsien’s scientific talent was self-evident after he won first prize at the Westinghouse Science Talent Search, judged by none other than the 1951 chemistry Nobel laureate Glenn Seaborg.

Tsien went on to graduate from Harvard College with a degree in chemistry and physics in 1972. Later that year he moved to the UK to do a PhD in organic chemistry and cellular physiology at the University of Cambridge.

After further stints at Cambridge and Berkeley, US, Tsien began work on fluorescent tags and GFP at the University of California, San Diego. The organic chemist Osamu Shimomura first discovered GFP in jellyfish back in 1962, and Martin Chalfie, a chemist from Columbia University, US, later realised it could be used to mark cellular processes. Tsien was able to tune these markers to glow in a variety of colours and developed other fluorescent proteins. These protein tags have revolutionised how researchers view cellular processes and helped shine a light on a range of diseases from cancer to Alzheimer’s.

The trio went on to win the 2008 Nobel prize in chemistry for ‘the discovery and development of the green fluorescent protein’.

Jeremy Sanders, one of Tsien’s former colleagues at the University of Cambridge, says he will be missed. ‘Roger was the most talented scientist I ever worked with: once in the 1980s he visited Cambridge and I showed him some NMR spectra following formaldehyde metabolism in bacteria,’ says Sanders. ‘In 30 seconds he solved a problem that had taken us weeks to sort out.’

Tsien is survived by his wife, Wendy.