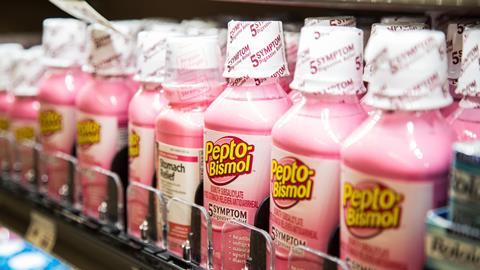 The structure of bismuth subsalicylate – the active ingredient of the stomach relief drug Pepto-Bismol and one of the most commercially important bismuth compounds – has finally been uncovered.

Although the substance has been used to treat gastrointestinal disorders for over 120 years, its chemical structure remained a mystery. ‘We felt it was important to determine the structure of one of the most iconic bismuth compounds,’ says study co-leader Ken Inge from Stockholm University in Sweden.

Glen Briand, an inorganic chemist at Mount Allison University in Canada, who wasn’t involved in the study, points out that structures for this type of material are typically determined using x-ray crystallography. ‘This technique requires growth of crystals … in which the molecules in the material pack together in an ordered arrangement,’ he says. But bismuth subsalicylate forms as very small, disordered crystals that can’t be investigated in this way. 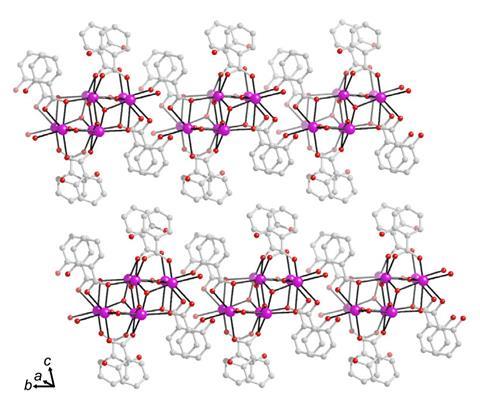 Inge and a team of researchers now used a transmission electron microscope to determine the compound’s structure. They combined 3D electron diffraction (3DED) with scanning transmission electron microscopy (STEM), which allowed them to obtain both a 3D model of the average crystal structure and additional images with atomic resolution. ‘We could see that the packing of the molecules was irregular, which is one of the reasons why this structure couldn’t be determined for such a long time,’ explains Inge’s colleague Tom Willhammar

‘For both techniques, it’s important to have a sensitive and fast detector as well as to work quickly because samples containing organic molecules are typically quickly damaged by the electron beam,’ adds Inge. He likens the compound’s structure to an ice cream sandwich. ‘One can imagine that the bismuth and oxygen ions form the [ice cream] filling and the organic salicylate ions the wafers,’ he says. ‘In the crystals, these [sandwiches] stack on top of each other. Sometimes [they] are flipped upside down when they’re disordered.’

But since the disorder isn’t everywhere in the crystals, the scientists had to zoom in to find it. ‘In bismuth subsalicylate, the size of the crystals where the molecules are packed regularly without error and disorder is limited to a few hundreds of nanometres,’ comments Mauro Gemmi, an expert in electron crystallography at the Italian Institute of Technology. ‘Only a technique capable of catching information from areas as small as these domains can succeed in the structure determination. This approach does exactly that.’

Inge points out that 3DED and STEM have already been used to elucidate other crystalline structures and believes that the popularity of both techniques will continue to grow. Gemmi agrees. ‘The possible application of these methods goes well beyond the structure determination of molecules of pharmaceutical interest,’ he says. ‘It will come into scene every time the size of the crystals falls below the micron range. I can think of small proteins almost impossible to crystallise, or of nanocrystals in planetary materials like meteorites or interplanetary dust. This is the future of crystallography.’