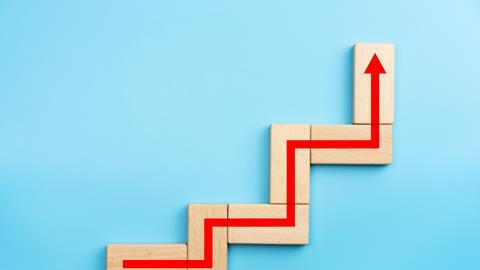 The government’s long-awaited levelling-up white paper has finally arrived and R&D has a prominent role to play. While welcoming it as a ‘serious piece of work’, many research policy commentators would have liked to have seen more ambition, more funding and more focus on specific regional demands and expertise.

R&D and innovation is one of 12 ‘levelling-up missions’ that the government wants to achieve by 2030. The paper commits to increasing domestic investment outside London and the greater south east (GSE) by at least 40% by 2030, and by at least one third over the next spending review period in 2024–25. It also seeks to leverage at least twice as much private sector investment. Additionally, the Department of Business, Energy and Industrial Strategy (BEIS) will direct at least 55% of its funding outside the GSE area.

BEIS will also invest £100 million by 2024–25 to pilot three innovation accelerators in Greater Manchester, the West Midlands and Glasgow city region, to be run by overarching funding agency UK Research and Innovation (UKRI) and Innovate UK. Run as private–public–academic partnerships, the government is hoping to replicate the Silicon Valley model.

This push to redirect funding outside the ‘Golden Triangle’ of London, Oxford and Cambridge is also reflected in a new objective for UKRI to develop research and innovation strengths ‘across the UK’. Other big spenders on R&D, such as the ministries of defence, health and environment, will also get new targets for research spending outside the GSE.

However, the target to increase spending by a third outside the GSE by 2024–25 will simply maintain the current balance of R&D investment across the UK, says Daniel Rathbone, assistant director at the Campaign for Science and Engineering. Over the current spending review period, the government’s R&D budget will rise by a third anyway from £15 billion in 2021–22 to £20 billion in 2024–25. However, he acknowledges the target does represent a change in the long-term trend, which has seen the GSE’s share of investment increasing by about 1% a year since 2017. If successful, it will halt, but not reverse this trend.

James Wilsdon, professor of research policy at the University of Sheffield, also questions whether the paper will do much to shift the balance of R&D funding distribution. ‘Taken together, these measures should go some way to slowing the remorseless tide of concentration in R&D spending in the GSE. But set against the scale of investment required, they are modest and inadequate. For example, the BEIS 55% target may sound impressive, but currently, 54% of public and charitable R&D spend already goes to regions outside the GSE. A proportional 1% increase by 2025 doesn’t feel like a big change.’

However, overall, Wilsdon says the paper is a comprehensive analysis of the problems and how to tackle them. ‘But I don’t think there will be many researchers thronging the streets of south Yorkshire in celebration of this bright new dawn. And the defensive bleating by some in the London funding lobby is pretty pathetic, given how little this white paper will materially change the monopoly they will continue to enjoy over a large portion of R&D funding.’

Ben Johnson, executive head of strategic research and innovation development at the University of Strathclyde and a former business department science adviser, says it’s clear that the government sees R&D as a significant plank of the whole levelling up agenda. ‘That’s a huge vote of confidence, but there’s a chance that the sector can’t live up to expectations.’

He notes that while there has been a great deal of poring over the numbers, there has been little to no discussion of how the R&D sector can better contribute to local and regional development. ‘Research alone won’t do much to support levelling up if it’s disconnected from a place’s needs and opportunities. Moving research money around the system doesn’t automatically move the benefits around. But the emphasis in the paper on the need to leverage considerable private investment is a necessary one, as it will help to make the connection between capability and need.’

Meanwhile, Johnson calls the innovation accelerators ‘excellent news’ as they will be tailored, devolved and geared towards innovation outcomes. ‘But how will the money be apportioned? What will it be for? What role will local and regional actors have? And what kind of a difference can this scale of money make to each place? £100 million is a very promising start but not exactly megabucks.’

Kieron Flanagan, professor of science and technology policy at the University of Manchester, also welcomes the innovation accelerators but stresses that to avoid repeating past mistakes, they need to be led by genuine local needs and opportunities, and go beyond technology transfer and commercialisation of university research. ‘To make a difference, the accelerators will need to look at the company side of the equation – where is the demand for innovation, and how can this be stimulated?’

For Flanagan, the main issue is that increasing R&D outside the GSE can’t itself drive levelling up. ‘There’s a big hole in this white paper where a developed, long-term industrial development strategy should be. One that integrates a genuine commitment to devolution, long-term commitments to improved hard infrastructure, R&D, education and skills, plus a focus on stimulating demand for innovation amongst firms. An emphasis on R&D disconnected from these other interventions is just a short-term political sleight-of-hand; it may give an impression of investment in a generically high-tech future, but it does little to actually build a better future for real people in real places around the UK.’