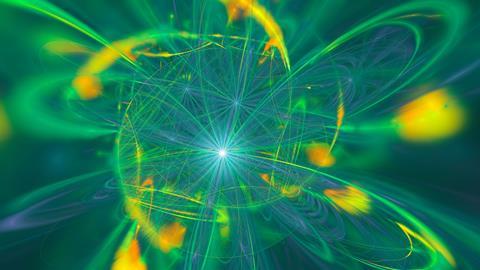 Protons are even smaller than scientists thought, experiment reveals

Scientists have discovered that protons are even smaller than previously thought. Although the new value for the proton’s radius is only 5% smaller than the officially accepted one, this is big news in the world of nuclear physics, where scientists have struggled to unify contradictory results.

The proton radius value adopted by the International Council for Science – 0.88 femtometres (fm) or 8.8×10−16m – was established on spectroscopic measurements of hydrogen. Since an electron’s energy levels are sensitive to the nuclear radius, measuring them for hydrogen, where the nucleus consists of only a single proton, indirectly reveals the proton’s radius.

In 2010, researchers repeated these experiments using muonic hydrogen, an exotic form of the element that carries a muon instead of an electron. Muons are 200 times heavier than electrons, making their energy level more sensitive to the size of the nucleus. The team found a different value – 0.83fm – much smaller than the accepted one. The experiment kicked off a debate around the proton’s true size, which has not been resolved yet.

Now, measurements carried out by a team of more than 50 atomic and nuclear physicists seem to confirm the 2010 results. The researchers built an improved setup – featuring a calorimeter rather than a traditional spectrometer – to measure the energy of scattered electrons with higher accuracy than ever before. Their experiment on hydrogen places the value for the proton radius at 0.831fm ± 0.014fm.

This, however, isn’t the end of the so-called proton-radius puzzle as there is still no convincing explanation as to why different experiments produced contradictory results.