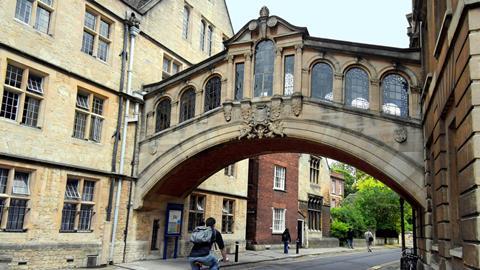 Crowdfunding campaign aims to raise £500,000 for a five-year research post at the University of Oxford

The University of Oxford is asking the public for donations to support a new chemistry fellowship that will be awarded to someone returning to research after a career break.

The Dorothy Hodgkin fellowship – named after the x-ray crystallographer and chemistry Nobel laureate who was the first woman at the university to receive maternity pay – aims to help address the ‘leaky pipeline’ of women leaving academia. The initial goal is to fund a five-year research post in the university’s chemistry department as well as a stipendiary lecturer to cover teaching.

The crowdfunding campaign is a joint enterprise between the university’s chemistry department and Somerville College, where Hodgkin was a fellow.

So far it has raised more than £162,000 of the £500,000 target. When the total reaches £196,500 it will be matched by a group of four anonymous donors. Eventually, the project hopes to raise enough money to ensure a continuous stream of fellows returning to chemistry.