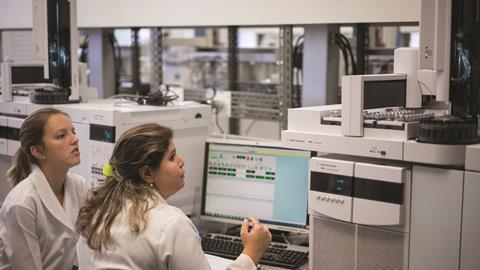 The Brazilian doping control laboratory that would have tested competitors at this summer’s Olympics has been suspended by the World Anti-doping Agency (Wada), for ‘non-conformity’ with international standards.

Incoming Wada director general Olivier Niggli stated that the body would work closely with the laboratory to resolve the issue, but that ‘the suspension will only be lifted by Wada when the laboratory is operating optimally’.

All anti-doping laboratories have to meet stringent standards in a continuous assessment process where Wada makes onsite visits, and tests how proficiently samples – sent without notice – are handled and analysed. Wada wouldn’t say where the lab had fallen short, but the issue could be related to equipment, administration or personnel.

The Rio lab, LBCD-Ladetec, has been suspended before in 2012 and in 2013. The 2013 suspension meant there was no local testing of footballers’ blood and urine samples during the World Cup. They had to be sent to Switzerland, instead. The lab claimed the 2013 suspension was not due to mistakes in the analysis of samples from athletes but to problems caused by out of date equipment.

LBCD moved into new state of the art facilities in 2014 as part of a £44 million overhaul to prepare for the Olympic games, and was re-accredited by WADA in May 2015. It was envisaged that the new lab – which is part of the chemistry institute of the Rio de Janeiro Federal University – would generate new knowledge and expertise in chemical analysis, as well as stimulating activity in what is an expanding field in Brazil.

In a statement, the university said its ‘teams of professionals and its facilities are among the most advanced in doping control in the world’ and it expects operations to resume after a technical visit from Wada next week. According to the laboratory, it has successfully analysed 2000 blood and urine samples this year.

The International Olympic Committee (IOC) says 4500 urine and 1000 blood samples are planned during the games, which begin in early August. Its medical and scientific director Richard Budgett reacted to the announcement by asserting that the suspension ‘will not affect either the integrity or the scope of the testing programme at the Olympic Games Rio 2016’.

Meanwhile samples from Brazilian and other international federations, which had been destined for the LBCD, will go elsewhere. The IOC will have to decide which of the 30 Wada accredited labs will test samples during the Olympics if the suspension is not lifted: the nearest are in the US, Canada and Mexico.

Another three doping control laboratories have been suspended by Wada since April.