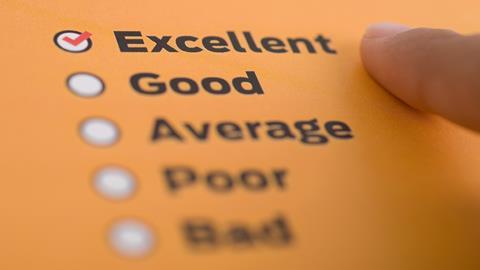 The Institute for Scientific Information (ISI) has produced scorecards assessing the state of science in each of the G20 countries in a new report that aims to provide an overall snapshot of research performance and help policymakers track progress.

Analysts considered issues such as gender balance in the research workforce, international engagement and open access to research as well as data on research investment and publications. They looked at the G20 as a whole, as well as producing scorecards for each country. ‘We highlight the progress of their development – there is no ranking, because that would not be meaningful,’ says the ISI’s director Jonathan Adams.

The 19 countries of the G20 represent 65% of the world’s population and produce more than 80% of global GDP. They also employ 87% of the world’s researchers, account for 92% of global R&D spend and publish 70% of the global research papers indexed in the research platform the Web of Science.

The UK has the highest share of the global top 10% of cited papers (14.5%) and an above average ‘impact profile’. The report’s authors compared citations for a ten year sample of journal papers against the world average. By discipline, average citation impact is relatively high in most areas, and international collaboration is exceptionally high (63%) ‘for such a large economy’.

The big hitters don’t do so well when considering representation of women in the research workforce, although data was unlisted for the US, Canada, China and India. The country that came out best was Argentina, with women representing 53% of its researchers, followed by South Africa (45%) and Australia (40%). In Europe, the UK is above average (39%) while Germany (28%) and France (27%) are below average. Japan had the lowest score, with 16%.

Luc Soete, a specialist in innovation policy at Maastricht University in the Netherlands, thinks data-gathering exercises like this are useful, but points out that focusing on the G20 omits many smaller leading countries in the science field, such as Israel and Singapore. ‘The G20 figures include countries such as India and Indonesia for which barely any R&D data exist, and they have very small science systems. So I’m not sure whether a G20 comparison is that interesting or relevant policy-wise from a science perspective.’

Soete applauds the focus on gender balance and open access, but queries why the team did not estimate missing data, such as researcher numbers in the US, when organisations such as the OECD and UNESCO produce such statistics based on national statistical surveys. He also points out that with English dominating as the lingua franca in research, English speaking countries have a clear advantage in terms of citations.

Kieron Flanagan at the University of Manchester, UK, points out that all the report’s information can be found in other places; it’s the packaging that’s different. ‘I don’t think there are many surprises here. The interest comes in the differences between G20 countries plus the overall G20 analysis,’ he says. ‘For instance, the G20 funds 92% of global R&D but only accounts for 70% of global science publications, suggesting either that a lot of G20 R&D is private sector R&D that we wouldn’t expect to lead to publishable outputs or that the G20 is getting very bad value for money.’

Flanagan suggests that the report may be overly focused on science at the expense of technology and innovation. ‘It would have been interesting to see a figure for government or public spending, and the breakdown of basic versus applied versus development research.’