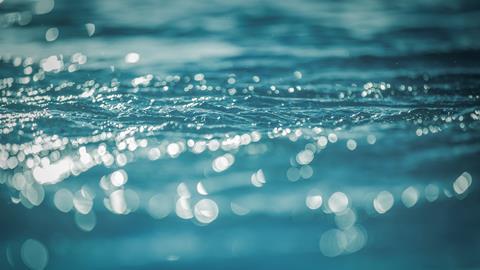 Scientists from the US and New Zealand have designed a catalytic system to efficiently remove 99% of the controversial compound bisphenol A (BPA) from wastewater in 30 minutes. The simple treatment is the result of a project that has run for over a decade.

BPA exists in everything from water bottles to DVDs. But it acts as an oestrogen mimic, so can interfere with hormonal processes and medications in the body. Earlier this year, the European Chemicals Agency identified BPA as a ‘substance of very high concern’.

While several methods for removing BPA from wastewater exist, Terrence Collins and Matthew DeNardo at Carnegie Mellon University, and their colleagues have developed a system that DeNardo describes as simpler and less costly.

The system uses a tetra-organic-amido-N macrocyclic ligand complex (TAML) catalyst and hydrogen peroxide. TAML catalysts, developed by Collins, are small molecules that mimic oxidising enzymes. The system removes BPA from water using oxidative elimination, causing BPA to clump together into oligomers that can be filtered from the water. ‘TAML processes require a tiny amount of catalyst and peroxide that can be very simply mixed into the waters to be treated. The treatment can be performed nearly anywhere,’ says DeNardo.

David Feldman, an endocrinology expert at Stanford University in the US, says that since his work 25 years ago, which found BPA leaching from plastic lab equipment, little progress has been made on removing BPA from the environment. But he says ‘techniques like this one … are important steps forward in diminishing the environmental impact that chemicals like BPA exert.’

While the protocol initially seemed very promising, the team spend over 10 years studying the reaction to ensure its products wouldn’t have subsequent toxicity. The Tiered Protocol for Endocrine Disruption or TiPED, a tool that helps determine whether a chemical of interest has the potential to disrupt the endocrine system, allowed the team to identify low dose adverse effects, reducing concerns about oligomer toxicity. ‘This study demonstrates the value of interdisciplinary teams of chemists, engineers and toxicologists working together,’ comments environmental scientist Bryan Brooks of Baylor University in the US.

The team also worked hard to optimise the system, testing it at both alkaline and neutral pH to determine its useful pH window. The system worked much faster at higher pHs because the TAML catalyst binds water ligands, and these deprotonate at higher pHs. To promote higher reactivity in near-neutral regions, the scientists increased the acidity of the water ligands and the aggression of the oxidising intermediate using electron withdrawing substituent effects.

Collins explains that while a higher pH does improve the activity, the process is effective at neutral conditions: ‘The prototype TAML catalyst is very gently oxidising at near neutral pH … with the precipitation, it appears to be just perfect. But it’s a blowtorch at pH 11.’