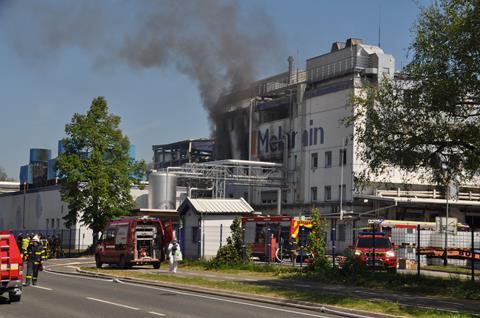 The Melamin plant was severly damaged by the explosion and fire, despite it being relatively quickly extinguished

An explosion and subsequent fire has killed six people and injured a further five at a chemical facility in Kocevje, Slovenia.

The blast occurred on the morning of 12 May at a site operated by Melamin, which makes melamine-based polymers, resins and additives for a range of industries. The resultant fire was put out less than 90 minutes later, according to local news reports.

An investigation into the cause of the incident is underway, but the plant’s general manager, Srecko Stefanic, indicated to local press that the most likely cause was human error.