Software from Cambridge crystallographic experts could save pharma industry millions 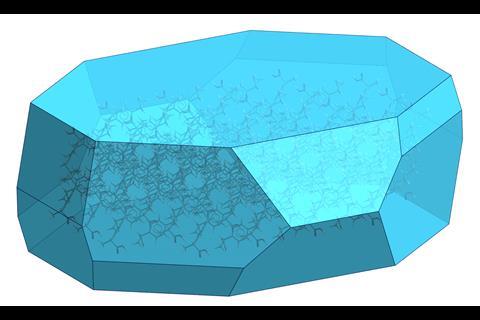 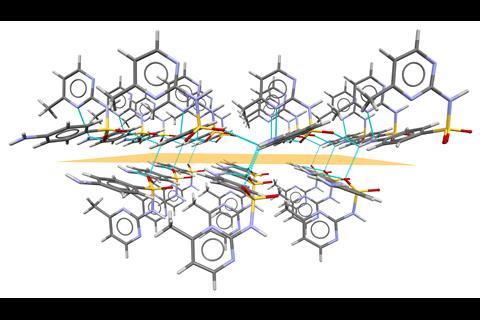 A potential slip plane in a polymorph of sulfamerazine (SLFNMA02) 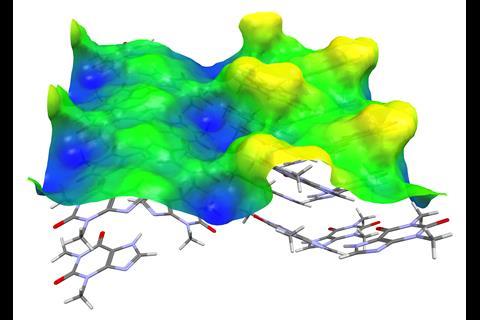 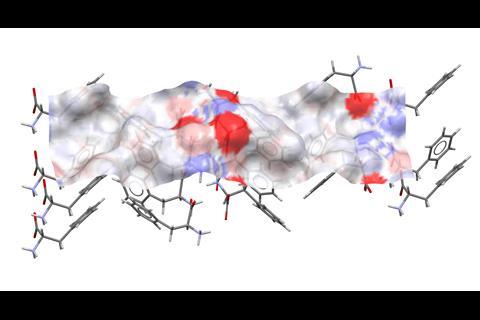 The distribution of charge across the [100] surface of L-phenylalanine (QQQAUJ03), highlighting the locations of the zwitterionic amino acid functional groups 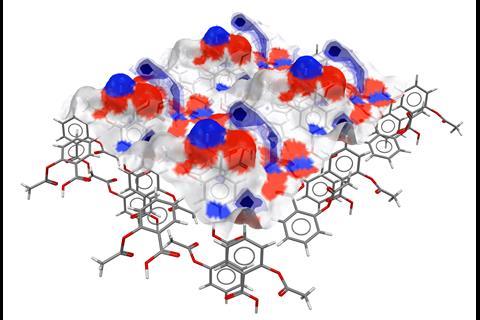 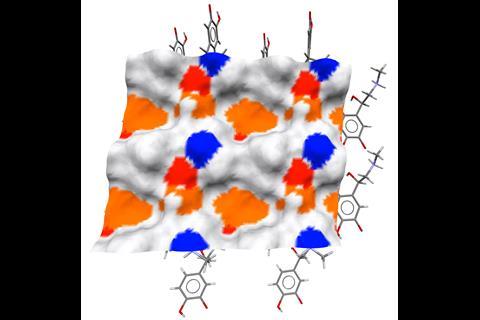 The location of functional groups across the [110] surface of adrenaline (ADRENL). Hydrogen bond donors are shown in blue, hydrogen bond acceptors in red, and aromatic regions in orange

CSD-Particle is one of several software suites released by the Cambridge Crystallographic Data Centre (CCDC), the curators of the Cambridge Structural Database (CSD), based on this valuable repository of data. Founded in 1965, the CSD contains a wide array of different crystal structures of chemical compounds and in 2019 passed the 1 million structures mark.

Once a new drug has been developed and approved it has to be manufactured at scale before it can reach patients. Drug developers need to think about this process carefully and early, both in terms of functionality – what formulation will work best for the medicine’s mode of action – and production costs – how can they produce the drug economically.

‘Particle properties are critical for understanding our product performance and our manufacturability,’ says Helen Blade, an associate principal scientist in structural science at AstraZeneca, one of the early testers of the software.

In the past, many physical tests were often needed before the best formulation for a drug was found, leading to high production costs. CSD-Particle has the potential to reduce these costs and the number of experimental tests needed, particularly for drugs with a crystalline structure.

‘We can link back to our crystallisation scientists to be able to help inform control strategies for particles, and also feedback to our material scientists on a product viewpoint, to say what types of shapes and surfaces we should expect, and link that into how the tablet will perform,’ explains Blade.

‘If you can reduce your manufacturing trials from 10 down to just a few, it’s already a massive saving,’ Harter emphasises.

CSD-Particle was designed and built in collaboration with academic and industrial partners including AstraZeneca, Bristol-Myers Squibb, GlaxoSmithKline and Pfizer, and forms part of the Advanced Digital Design of Pharmaceutical Therapeutics (ADDoPT) project and the Digital Design Accelerator Platform (DDAP).

Both these initiatives are helping to move pharmaceutical development to a ‘digital first’ approach to try and minimise or eliminate non-viable drug candidate formulations as early as possible in the process, something that the CCDC also has as a goal.

‘Computation is cheap compared to experimentation. That’s why we would always prefer to calculate our way out of our problems,’ agrees medicinal chemist and drug discovery expert Derek Lowe. He thinks the software has a lot of potential, but that scientists and companies will want to test it first before making big changes based on its conclusions. ‘At least you can rank order things and say “here’s where to start”. That is worth knowing, because as you’d imagine, there’s an awful lot of formulation options.’

While a key use of CSD Particle will be in drug development, Harter explains that it can also be used to develop agrochemicals such as pesticides and other advanced materials where early knowledge of the crystalline particle structure could be helpful.