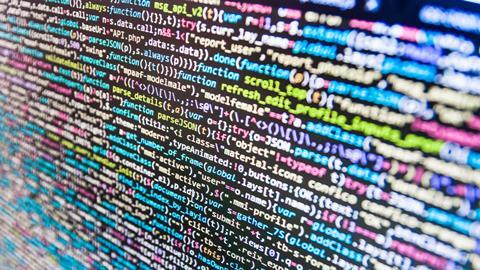 A piece of code that calculates nuclear magnetic resonance signals has been discovered to be getting things wrong depending on the operating system used.1 The glitch could affect structure assignments in more than 150 papers, calling their conclusions into question.

A team of researchers led by Philip Williams from the University of Hawai’i at Mānoa discovered the bug while they were trying to uncover the structure of a natural product they had extracted from cyanobacteria. Each of their chiral oxazolines – potential drug leads for cancer or Alzheimer’s disease treatments – has eight diastereomers that are hard to distinguish by nuclear magnetic resonance (NMR) spectroscopy.

The researchers calculated NMR chemical shifts from density functional theory structures to compare them with experimental shifts. This is when they found the glitch: the shift-calculating script gave different results depending on which operating system it was run on. In Windows 10, it gave the correct chemical shift, whereas in Linux it gave a slightly different – incorrect – value.

Published in 2014,2 the code has since been cited more than 150 times according to Altmetric data. Although not every citing study is likely to have used the code, it casts doubt on structures published on topics such as natural product discovery, reaction product characterisation and biochemical pathway elucidation. Authors who used the code should double-check their results and conclusions, the Hawai’i team warns.

The error is the result of a simple file sorting problem. On operating systems without default file name sorting, the script fails to match the files containing a conformer’s free energy with its chemical shift – leading to an overall wrong value.

Although in Williams’s case the NMR values were only out by under 1ppm, the consequences could be more severe in other cases. Since the script can mismatch any two conformations’ energy levels, the values could be much further apart.

To prevent the error, the Hawai’i scientists have released a revised version. They also alerted the code’s creators, who are now planning to correct their 2014 publication.