Japanese drug company Takeda Pharmaceutical is set to acquire Shire for £46 billion. The record-breaking deal is the largest overseas purchase by a Japanese company. 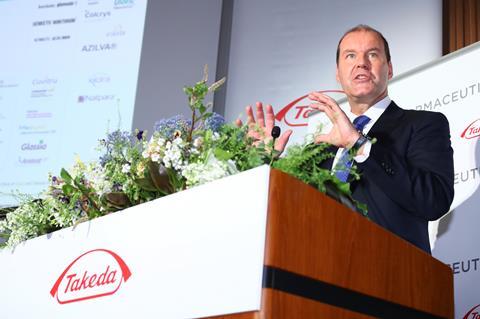 Takeda describes the match as a strong strategic fit and says the acquisition will strengthen two of its core areas, gastrointestinal science and neuroscience, while making it a leader in rare diseases and plasma-derived therapies. The acquisition will elevate Takeda into the top ten drug companies by sales. ‘We aim to create a very competitive global R&D driven biopharmaceutical company headquartered in Japan,’ Takeda’s chief executive Christophe Weber told investors and analysts. ‘We will have a much stronger R&D pipeline.’

Earlier this year, Takeda bought US cancer drug company Ariad for $5.2 billion. Its biggest deal until now was its purchase of Swiss firm Nycomed for $13.7 billion in 2011.

Irish-headquartered Shire had the majority of its sales in 2017 from rare diseases, with five franchises delivering over $1 billion in revenue last year. Leading brands include Adderall and Vyvanse for attention deficit hyperactivity disorder, and Lialda for inflammatory bowel disease. ‘This is a company that is extremely profitable because of its focus on rare diseases and because of its business concentration in the US,’ Weber explained.

The Japanese company noted Shire’s diverse mid- and late-stage pipeline, enriched with large-molecule programmes, gene therapy and recombinant proteins. Takeda says it has stopped developing medicines not at the forefront of innovation. ‘Payers will only reimburse truly innovative medicines and this is why we think rare disease is an interesting area,’ Weber explained. Takeda may look to sell Shire’s general medicine and ophthalmology brands.

Analyst Atsushi Seki for UBS in Tokyo cites several factors in the move. ‘Takeda is excited at Shire’s rare disease portfolio, and financially the Shire shares had been trading at a big discount,’ he explains. ‘Then there is the US business. More than half of the combined revenue will come from the US and the US is the most lucrative market in the world.’ Shire currently generates 65% of its revenue in the US.

Takeda today earns 34% of its revenue in the US, 34% in Japan. The combined company would gain 48% revenue from the US, 19% from Japan. The readjustment seems sensible, as the Japanese market is stagnant. ‘We do not forecast growth in the Japanese drug market over the next five to 10 years,’ says Seki. ‘Our best estimate is a 2% decline per year, so it makes sense for Takeda or any Japanese pharma company to acquire assets outside of Japan and the US is the most attractive location.’ Japan’s shrinking population is seen as weighing on domestic demand. 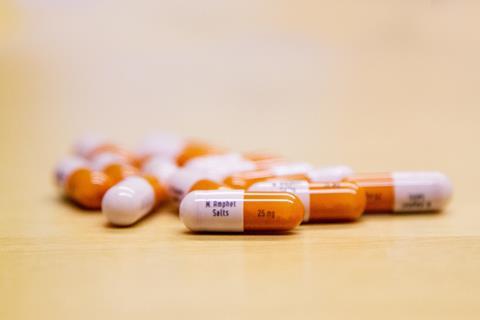 The deal would boost Takeda’s presence in the US, where Shire’s attention deficit hyperactivity disorder treatment, Adderall, is well known

There are downsides. Takeda will take on significant debt to pay for the acquisition. Also, while orphan diseases remain outside the drug pricing debate in the US, there is no certainty this will remain the case. Seki warns that integration, Shire with 23,000 employees and Takeda with 30,000 employees, will not be easy. Takeda expects to reduce the combined workforce by 6–7%, but does not foresee large layoffs amongst research staff.

Takeda favours partnerships in R&D, boasting 180 active projects with start-ups, other firms and universities. It has 36 clinical R&D programs, with one-third having orphan drug indications.

‘We’ve made changes to reinvent our R&D,’ Weber said. ‘We have a model of external partnerships and a focus on highly innovative medicines.’ Takeda initially looked at Shire because its oncology, GI and neuroscience interests overlapped their own. Shire offloaded its oncology portfolio to French company Servier for $2.4 billion in April, removing one draw.

The Takeda deal is subject to regulatory approval and is to close by June 2019. It is not certain that both sets of shareholders will vote it through. ‘Some domestic investors say Takeda is overpaying for Shire shares,’ says Seki. Shire itself also is saddled with debt from its $32 billion acquisition of rare disease specialist Baxalta in 2016.

There’s been more deal-making in the pharma sector in recent months. US biotech Celgene snaffled cancer specialist Juno Therapeutics, while Sanofi agreed to buy Bioverativ. US pharma firm AbbVie came close to buying Shire in 2014, but the deal was torpedoed by changes to US tax rules.

‘Companies are importing innovation from the outside. This is a global trend. Corporates recognise that they no longer can innovate internally. In pharmaceuticals it is also partly because it is so expensive to develop new drugs,’ says Alberto Onetti, economics professor at the University of Insubria in Italy and president of advisory firm Mind the Bridge Foundation. ‘Pharmaceutical companies buy other companies with already advanced product solutions.’

Takeda noted that Shire’s programme in gene therapy in haemophilia offers them an opportunity to explore this therapeutic strategy in other conditions and to lever its know-how in developing gene therapy constructs and gain advances in manufacturing in cell and gene therapy.