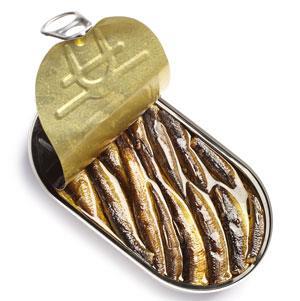 Bisphenol A, which is used in epoxy resins that line food tins, is a suspected endocrine disruptor

A group of toxicologists has written to European commission chief scientific adviser Anne Glover urging her to rethink plans to regulate endocrine disrupting chemicals (EDCs). The toxicologists are concerned that the commission, whose strategy on EDCs is due out later this year, have produced draft regulations without consulting the relevant scientific committees.

‘The approach proposed could rewrite well-accepted scientific and regulatory principles … without adequate scientific evidence,’ they write. ‘[We] are therefore writing to urge your review of the emerging policy to ensure that the opinion of relevant scientific committees and member states authorities are taken into account.’

The open letter, signed by 71 scientists based in Europe and the US, adds to the growing debate on EDCs – a label applied to hundreds of common synthetic chemicals suspected of affecting hormonal regulation. Earlier this year, the World Health Organization (WHO) and the United Nations Environmental Programme (UNEP), released a report warning that EDCs could be responsible for serious health problems including cancer, thyroid and reproductive disorders. In light of these concerns, several scientists and politicians are pushing for tougher controls on their use. Suspected EDCs such as bisphenol A have already been banned in some countries, and in May the European parliament voted in favour of a precautionary approach to EDC regulation.

But Daniel Dietrich, a toxicologist at the University of Konstanz, Germany, and a signatory of the letter, claims that political pressure is forcing the introduction of flawed regulations that are ‘based on emotional and pseudo-scientific debate’. ‘In their original draft [the commission’s environment directorate general] have said you are going to have to prove something is not an endocrine disruptor,’ he says. This presents difficulties because ‘scientifically you can never prove absence of effect’.

He argues that there is no need for a special regulatory framework for EDCs. ‘Why should they be different to, say, neurotoxins or dermatoxins? We have a perfectly fit risk assessment procedure for all chemicals,’ he says. He also challenges the claim that EDCs are causing long-term damage, saying that so far ‘there is no absolute absence of evidence of any human impact of these chemicals’.

But Thomas Zoeller, a biologist at the University of Massachusetts Amherst, US, who worked on the WHO/UNEP report, disagrees. ‘A number of studies have demonstrated that chronic disease is now more prevalent than communicable disease. Many chronic diseases certainly have plausible endocrine underpinnings,’ he says. ‘It’s not absolute proof – but the evidence is certainly there to be cautious and I think trivialising that is really not reasonable.’