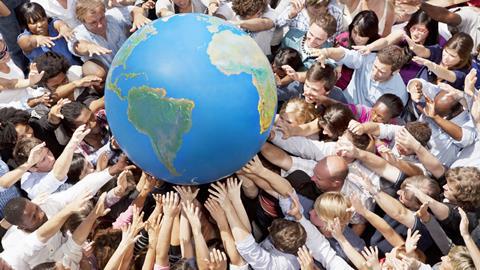 The government will need to invest around £1.5 billion annually in additional funding for science, research and innovation if the UK does not associate to the EU’s €100 billion (£84 billion) framework programme, Horizon Europe. That’s according to a review of alternatives that concludes that, while EU arrangements shouldn’t be replicated in the UK, the assets, infrastructure and capabilities that have been built up through decades of participation should immediately be protected.

The review’s authors – Adrian Smith, director of the Alan Turing Institute, and Graeme Reid, professor of science policy at University College London – said those giving evidence had repeatedly told them that without a ‘convincing alternative agenda’ for international collaboration the attractiveness of the UK to academic researchers and business investors in R&D would be undermined.

Attracting international investment is key to meeting the government’s target of raising R&D investment to 2.4% of GDP by 2027. To help the UK reach this outside of Horizon Europe, the authors propose an international version of the UK Research Partnership Investment Fund to bring in funds from companies headquartered overseas. This currently provides £10–35 million for successful bids from universities and institutes that attract at least double that investment from business and other donors.

Smith and Reid also recommend ‘substantial additional’ funding for basic research, because much of that investment presently comes from EU programmes. A UK-focused scheme could reflect and improve on the best features of the European Research Council fellowships. Some evidence suggested any new arrangement could be optimised around UK interests rather than the collective interests of EU member states. So the authors want to see reforms to the immigration system combined with a fellowship programme, across all career stages. This would include funding for two to three successive four-year terms for exceptional researchers. There should also be responsive funding streams that are agile enough to capture fast moving and unexpected opportunities.

The authors noted that there has been widespread use of EU structural and regional development funds to support research and innovation. Ideas for continuing that effort include integration of a proposed shared prosperity fund with Innovate UK, and creating regional research and innovation campuses tasked with tackling the world’s most pressing challenges. For example, a zero carbon institute could bring together multi-disciplinary expertise from around the world to address the worst effects of climate change and build industries for a zero carbon economy.

Science bodies have welcomed the call for an ambitious new vision for international working. However, Beth Thompson head of UK/EU policy at Wellcome added that ‘collaborating with Europe and developing a broader international strategy are not mutually exclusive’.

John Womersley, director general of the European Spallation Source and former head of the UK’s Science and Technology Facilities Council, said he was disappointed not to see ideas such as creating a UK-initiated international research council make it into the report. He hoped that ‘the science community can support much of what’s in here and doesn’t instinctively react negatively to the possibility that the UK may need to explore alternatives to association to Horizon Europe’.

Changing international relationships are also driving a need for data and evidence that was previously unnecessary, according to another review, this time on government science capabilities by the chief scientific adviser Patrick Vallance.

Civil and defence departments spent £4.86 billion on research and development in 2016–17. While overall R&D spending has increased since 2011, it’s been falling since 2005 in smaller departments, such as environment, where budgets are not protected. There is no ‘ideal’ proportion of departmental budget that should be allocated to science, but the review suggests spending isn’t related to need. In some departments it seems that budgetary pressures had focused activity on statutory requirements and short-term tactical research in a way that was undermining government’s ability to prepare for issues in the longer term.

Vallance wants to see science at the centre of strategic policy thinking. Amongst 15 recommendations he suggests that departmental submissions ahead of spending reviews should include a statement on R&D need along with costed plans, a greater role in R&D programmes for public laboratories, such as the National Physical Laboratory, and more effort to promote scientific literacy among policymakers. A ‘remarkably low’ number – not even 0.2% – of employees in the civil service early development scheme have science degrees, or consider themselves a science and engineering professional.