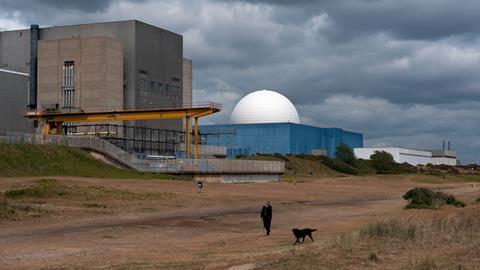 The UK government has approved construction of Sizewell C, a two-reactor nuclear power plant. Once completed in the early 2030s, it will provide 3.2GW or 7% of the country’s electricity needs.

Sizewell C will be built next to two existing plants Sizewell A and B – the former closed in 2006 – in Suffolk, south-east England. The £20 billion project will be mainly funded by French energy supplier EDF, with £100 million from the government.

An independent planning inspectorate, which had examined the project for nearly two years, advised against the construction unless issues around water supply – there is not enough water in the area for the completed plant – and wildlife habitats were resolved. Yesterday, business secretary Kwasi Kwarteng overrode the recommendations and confirmed development consent.

Local anti-nuclear campaigners opposed the project, criticising the fact that the plant would be built next to the Minsmere nature reserve. One group said it would consider appealing the decision.

Together with Hinkley Point C, expected to come online in 2027, Sizewell C is only the second nuclear plant built in the UK since 1995. Building more nuclear reactors is part of the government’s plans to decarbonise the country’s electricity grid by 2035 and would decrease the country’s dependence on imported gas. Most existing nuclear plants are due to stop generating power by 2030.

Up to 24GW of nuclear-generated electricity – three times more than the current supply – is planned by 2050. There is also a £120 million nuclear enabling fund for up and coming technologies such as small modular reactors. Sizewell C may be part of one of the UK’s first negative emissions facilities, powering a facility that captures carbon dioxide from the air.