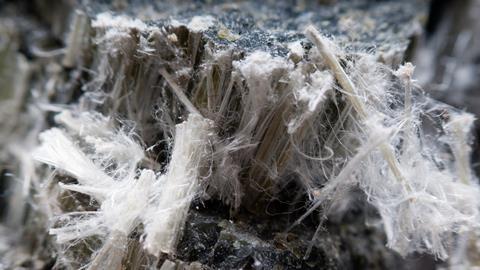 EPA move could bring asbestos back in America

Health advocates fret at US environment agency’s proposal to make ‘new uses’ of asbestos-containing products legal, but EPA says not to worry

The US Environmental Protection Agency (EPA) has proposed a framework that can permit the approval for ‘new uses’ of products containing asbestos on a case-by-case basis, and that could allow the carcinogenic material back into American manufacturing. The EPA action has generated significant concern among health and environmental advocates, but the agency says the new proposal will enable new uses of asbestos to be restricted.

‘The press reports on this issue are inaccurate,’ stated EPA spokesperson James Hewitt. Without this proposed so-called ‘significant new use rule’, he said the EPA would not have a regulatory basis to restrict manufacturing and processing for the new asbestos uses covered by the rule. ‘The EPA action would prohibit companies from manufacturing, importing, or processing for these new uses of asbestos unless they receive approval from EPA,’ Hewitt said.

The currently banned uses of asbestos in the US would still stand, but the rule the EPA has floated could create new avenues for asbestos use. In particular, the agency specified that its proposal would affect various uses of asbestos related to manufacturing that are ‘no longer ongoing’, including adhesives, sealants, high-grade electrical paper, pipeline wrap, reinforced plastics, as well as vinyl-asbestos flooring and building materials other than cement.

Opponents argue that the EPA should instead take swift measures to join more than 50 other countries that have banned asbestos outright, including all EU nations. ‘EPA’s proposed significant new use rule is a stopgap and a half-measure,’ says Melanie Benesh, a legislative attorney for the Washington, DC-based Environmental Working Group. She states that the health risks associated with asbestos are well understood, and expresses significant concern about the EPA’s approach to regulating the substance under the recently overhauled US chemical safety law known as the Toxic Substances Control Act. That law, revamped in June 2016, lists asbestos as one of the top 10 dangerous substances that the EPA needs to evaluate and take action on.

‘By excluding major sources of exposure to asbestos, such as the asbestos still found in old homes and schools across the country, EPA appears to be cooking the books on its safety evaluation of asbestos,’ Benesh states. ‘Taking these key sources of exposure out the equation makes it more likely that EPA’s safety evaluation will conclude there’s no need to finally ban this carcinogen that’s still responsible for as many as 40,000 deaths per year in the US.’

Environmental and health authorities in the US, UK and elsewhere have concluded that asbestos exposure is linked with lung cancer, mesothelioma and asbestosis, which involves shortness of breath and a chronic cough.