When it comes to halogen bonds, electrostatics aren’t the σ-hole story

Scientists in the US and Germany have added to an ongoing debate over the nature of halogen bonds.1 Their data provides new evidence that scientists should not ignore charge-transfer when explaining the bond’s behaviour.

Halogen bonds are a type of supramolecular interaction. According to the International Union of Pure and Applied Chemistry (Iupac) definition: A typical halogen bond is denoted by the three dots in R–X…Y. R–X is the halogen bond donor, X is any halogen atom with an electrophilic region, and R is a group covalently bound to X. Y is the halogen bond acceptor and is typically a molecular entity possessing at least one nucleophilic region. The X…Y distance is less than van der Waals separations, the R–X…Y angle is around 180° and the R–X bond length is slightly elongated. 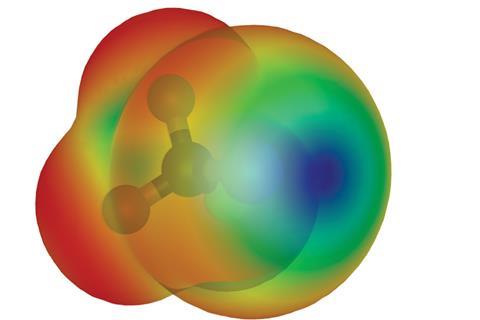 Source: © The Royal Society of Chemistry

Even though scientists have known about halogen bonding since the mid-19th century, its exact nature is still controversial. Many recent theories have solely relied on electrostatic interactions, in the form of σ-hole theory, to rationalise halogen bond behaviour. σ-holes are areas of positive electrostatic potential near an atom and are a measure of an atom’s strength as an electron pair acceptor. σ-hole theory suggests that the halogen bond is an electrostatic interaction between positive potential on an acceptor atom and negative potential on a donor one. However, some scientists believe this is not the entire picture.

A 2012 study, by Stefan Huber at the Technical University of Munich, Germany, found a trend in bond strength that opposed that predicted by σ-hole theory for a family of halogen bond complexes where the halogen bond is between CX3I and either a halide ion or trimethylamine.2 Inspired by this, Jonathan Thirman and Martin Head-Gordon, from the University of California, Berkeley, and their colleagues set out to understand why.

Using a new computational method based on energy decomposition analysis, Thirman and Head-Gordon’s team looked in detail at a number of halogen-bonded systems. This method was able to split the overall energy of the bonds into contributions from electrostatics, polarisation, dispersion and charge-transfer. Instead of looking at only one structure per system, the team optimised the system geometry at each level of the analysis. This means that they were also able to see how structural changes relate to energy contributions. 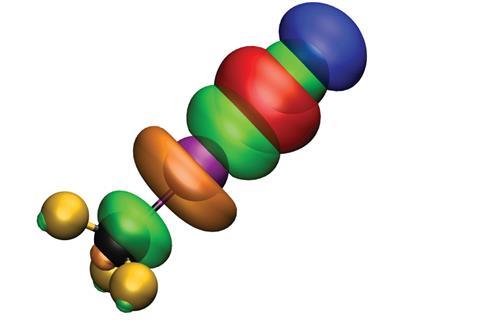 Source: © The Royal Society of Chemistry

Anthony Stone, an expert in intermolecular interactions from the University of Cambridge, UK, describes this study as a thorough and careful analysis that clearly shows the important contribution of charge-transfer in a set of halogen-bonded complexes. ‘It is in striking contrast to the claims of other researchers that halogen bonding can be described simply in terms of the electrostatics of the σ-hole,’ he says.

Thirman and Head-Gordon’s team believe that they have shown that it is impossible to predict halogen bond strength without accounting for charge-transfer. However, not everyone agrees. Peter Politzer, professor emeritus at the University of New Orleans, US, and a proponent of the σ-hole theory, disagrees with their approach: ‘The Coulombic interaction between molecules depends not only upon an electrostatic potential but also upon polarisability. Trying to separate electrostatics and polarisation is artificial and misleading. The σ-hole, which gives rise to the first part of this combination, is alive and well!’