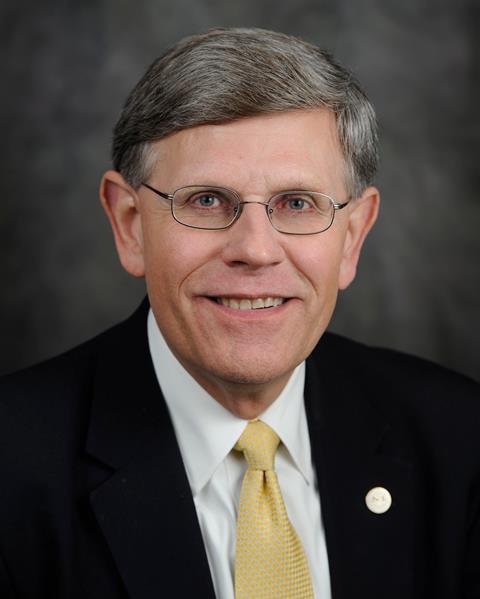 Delivering his first speech as President Trump’s White House science adviser on 15 February, atmospheric scientist Kelvin Droegemeier said science and technology are ‘alive and well in the Trump administration’ and that he stands ready to work with the scientific community. However, scientists were left unimpressed when they were not given the usual opportunity to put questions to Droegemeier at a packed session of the American Association for the Advancement of Science (AAAS) annual meeting in Washington DC.

When Trump finally announced last summer his intention to appoint Droegemeier head of the White House Office of Science and Technology Policy (OSTP), the US scientific community was elated. The post had been vacant since the president’s inauguration almost two years earlier, and the research community was pleased with the choice of Droegemeier because of his extensive research and science policy experience. It wasn’t until early last month that he was confirmed by the Senate, but that came during a partial US government shutdown that had closed the Office of Science and Technology Policy (OSTP).

The long wait for his appointment meant that there was much anticipation at the AAAS conference about what Droegemeier would say when he finally stood before the world’s largest general scientific society. AAAS chief executive Rush Holt, a former physicist and Democratic congressman, made the high expectations clear when introducing Droegemeier before his speech.

‘Everyone who works with him finds him to have a very accessible manner – we scientists hope and trust that this will turn into accessible policy,’ Holt stated. ‘We will call on him frequently and expect to find this access that he is so famous for.’ He went on to lay out a to-do list for Droegemeier. This included that he ‘clearly communicate the accepted and understood evidence on climate science – that human activity is changing the climate and that it is costly in lives and dollars, and action is required’ and deliver a message to the Trump administration that research funding is already too low and cannot be cut.

Droegemeier touted the science and technology accomplishments of the Trump administration, including creating national roadmaps for artificial intelligence, quantum information science and advanced manufacturing, and issuing a report on Stem education late last year. He also pointed to the administration’s national weather strategic plan, and its efforts to prepare Americans for the jobs of the future.

‘We have never been in a better position than right now to truly remain the global leader in science and technology,’ the OSTP chief claimed. However, he did express concern that the US could lose its global scientific pre-eminence because ‘other countries are nipping at our heels’. Other priorities mentioned by Droegemeier include enhancing diversity in science and technology fields, rooting out sexual harassment and other abuse from the scientific community and reducing the unnecessary administrative burdens facing researchers.

Droegemeier told the AAAS audience: ‘I am one of you … I am a researcher and I’m an educator, I am not some aloof bureaucrat who sits at an office somewhere far, far away.’ Nevertheless, there were audible grumbles when his talk ended abruptly and he was whisked away.

The speech came the same day that Trump signed a funding bill into law just in time to avoid another partial government shutdown. Those spending bills, passed overwhelmingly by the House and Senate a day earlier, rejected cuts that the Trump administration had proposed to research agencies like the National Science Foundation (NSF).

These final bills, which came almost five months late, ‘grant substantive increases for key science agencies’ like the NSF, Nasa and the US Department of Agriculture, according to AAAS analysis. For example, the organisation estimates that federal support for basic research will increase about 5%, whereas it would have fallen about 8% under Trump’s original request.