Scientists in China have developed a series of compounds that are the first to emit white light in water on the single-molecule scale. The molecules respond to various environmental stimuli, which could see them used as sensors. 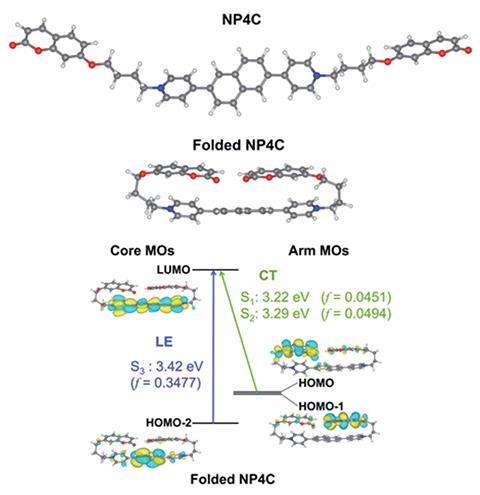 In water, the molecule folds and emits white light

Light emitting materials have broad applications including in electronic displays. ‘Most organic white light emitting systems still rely on the combination of several components, always resulting in problems,’ comments Ying-Wei Yang, an expert in organic and supramolecular materials at Jilin University, China, who was not involved in the work. Such compounds consist of multiple parts that emit different colours of light, such as red–green–blue or blue–orange, to appear white overall. 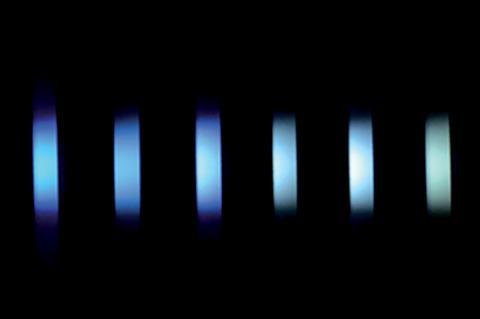 Fluorescence photographs of the single-molecule system in different conditions

Adjusting the solvent polarity, temperature and host–guest interactions regulates the intramolecular charge transfer efficiency and tunes the photoluminescence of the compounds to various colours, including pure white light. Reverse-engineering could lead to the molecules acting as sensors for these parameters in water.

Gianluca Farinola, an expert in supramolecular organic light emitting materials at the University of Bari in Italy, is impressed by Ma’s work: ‘What makes the logic of the proposed design really interesting, in my opinion, is not so much the single molecule white light emission, but rather the highly tunable multi-stimuli responsiveness.’

This isn’t the end of the story though. ‘The quantum yield of the white light emission is not high enough for further applications,’ says Ma. ‘Next we are going to develop systems with higher quantum yield, aiming for device application.’