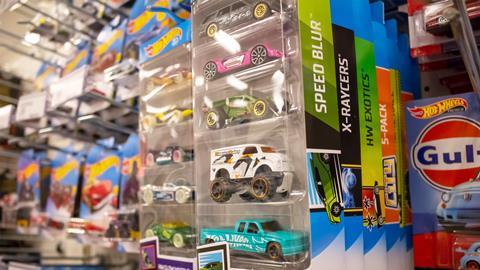 In two years, Europe has seen a four-fold increase in cases where the country of origin of the product containing Reach-non-compliant chemicals is ‘unknown’, according to recent analysis by the European Chemical Industry Council (Cefic). The figure has jumped from 4% in 2019, to 12% in 2020 and then to 18% in 2021, and Cefic says this is most likely due to a rise in online shopping since the Covid-19 pandemic.

Not knowing the origins of products containing non-compliant chemicals reduces the EU’s ability to monitor online markets and improve safety, Cefic warned. The trade group underscored the importance of ramping up enforcement of chemicals legislation for imported goods and online sales.

‘It is striking that with online sales, the origin of many of the products entering the bloc is unknown,’ said Sylvie Lemoine, Cefic’s executive director of product stewardship. ‘We continue to call for stronger surveillance and enforcement efforts, particularly on imported goods and online sales.’ She stressed that this is a matter of consumer safety, as online shopping grows.

Overall, 77% of all chemicals non-compliant with Reach come from outside Europe. The most common non-compliance issue – around 25% – were restricted phthalates, followed by heavy metals such as cadmium and lead, which are also reprotoxic. The most common restricted phthalate was bis(2-ethylhexyl) phthalate, which has been banned in Europe for years, except for certain uses, but still frequently shows up in plastic dolls from China.

Cefic’s findings are based on the EU’s Safety Gate, the rapid alert system for dangerous non-food products, and the not-for-profit says they are also validated by studies from Nordic member states.

The European Chemicals Agency’s EU-wide REF-8 pilot project, which focuses on enforcement related to substances, mixtures and articles sold online, is ‘a step in the right direction’, according to Cefic. But the organisation is calling for actions to better enforce European chemicals legislation. This is crucial, the organisation says, as restrictions increasingly address groups of chemicals in different uses, such as microplastics, and will become even more diffuse in the upcoming revision of Reach.

The trade association suggests that such actions should include tightening controls of imports through online marketplaces, developing new standard control methods and lab capacity that enable the enforcement of new restrictions, as well as improving the coordination and sharing of data to further support enforcement actions.

Michael Warhurst, executive director of the UK environmental charity Chem Trust, is not surprised by Cefic’s findings. ‘We’ve known for many years that there is a problem of illegal chemical use in some products imported into the UK and EU and it is important that governments step up monitoring and enforcement on imports,’ he tells Chemistry World.

He says Chem Trust would like to see stronger requirements on those selling the products in question, including online marketplaces, to take responsibility for the chemical safety of what they are selling. Chem Trust is also concerned about the monitoring situation in the UK, which is now outside these EU systems, Warhurst adds.