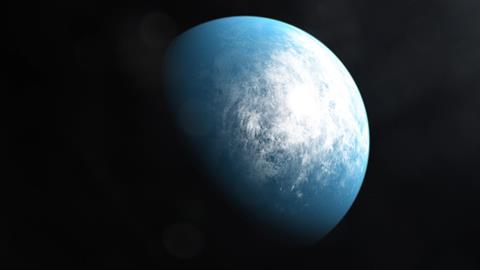 Yeast thriving in hydrogen hints at possibility of life on exoplanets

For the first time, yeast and Escherichia coli have been shown to not only survive but thrive in a 100% hydrogen atmosphere. The findings suggest that life could exist even on exoplanets with a hydrogen-rich atmosphere.

Some specialised microorganisms need large amounts of hydrogen to live. But none have ever been grown in a pure hydrogen atmosphere. Neither E. coli nor yeast are adapted to living under hydrogen, although both can grow in anaerobic conditions.

Researchers have now grown the two microorganisms in solutions saturated with hydrogen in bottles also filled with the gas. Both species survived and even reproduced, albeit more slowly.

E. coli grew half as fast in hydrogen as in air, but faster than in a nitrogen/carbon dioxide atmosphere. This, the scientists report, is because carbon dioxide acidifies the growth medium. Yeast cells were affected more severely, growing two and a half orders of magnitude faster in air than under hydrogen or nitrogen/carbon dioxide. Without oxygen, yeast can’t synthesise certain chemicals such as haem and sterols, and rely on external sources of these compounds.

The experiments show for the first time that large amounts of hydrogen don’t need to be detrimental to life. A hydrogen atmosphere might even help to kickstart life, as biochemical precursor molecules – nitriles, aldehydes, amides – form more readily under the reducing conditions.

The scientists say that the work opens the possibility of finding life on hydrogen-rich rocky exoplanets. While none have been found yet, new telescope technology makes this more likely as hydrogen-rich atmospheres are easier to detect than carbon dioxide or nitrogen-rich ones.