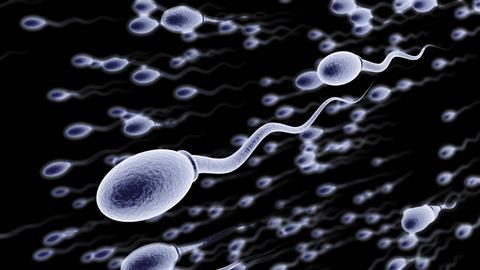 A team led by Teresa Woodruff and Thomas O’Halloran at Northwestern University, US, first witnessed the almost immediate efflux of billions of zinc ions upon mammalian egg fertilisation with x-ray fluorescence microscopy in 2010. These zinc sparks look like supernovae, according to O’Halloran. Diffusing away from the cell’s membrane, the zinc ions encounter the zona pellucida, a glycoprotein matrix surrounding the egg. Now the team has revealed that zinc retained by the zona pellucida induces changes that harden its protein structure within 30–60 minutes of fertilisation, making it more resistant to sperm binding.

During fertilisation, sperm access the egg by partially digesting the zona pellucida with proteolytic enzymes. ‘Entry of a second or third sperm is a disaster for the egg as it leads to polyspermy’, explains O’Halloran. Polyspermy contributes to miscarriages and birth defects in mammals, as the zygote inherits an unviable amount of DNA.

Revealing that zinc sparks help block polyspermy represents a new theory on zona pellucida hardening. The process was previously thought to depend only on enzymatic factors released from the egg. Willi Jahnen-Dechent, who works on proteins involved in reproduction at RWTH Aachen University in Germany, is impressed that ‘extracellular zinc alone increases the density of the zona pellucida, by increasing interactions between zona pellucida proteins.’

Reproductive biologist Francisco Diaz, from Pennsylvania State University, US, says ‘the zinc spark is a great example of one biological event coupling two cellular processes, inside and outside the cell. Inside the egg, the efflux of zinc triggers egg activation and completion of meiosis, while simultaneously outside the cell, zinc accumulation begins the block to polyspermy.’

O’Halloran says that the magnitude of zinc fluxes correlates with egg quality and suggests these findings ‘have a number of implications for research on how to improve the success rate of in vitro fertilisation [IVF]’.