As one door marked ‘possible Alzheimer’s treatment’ closes, it seems another has been kicked back open from the inside. 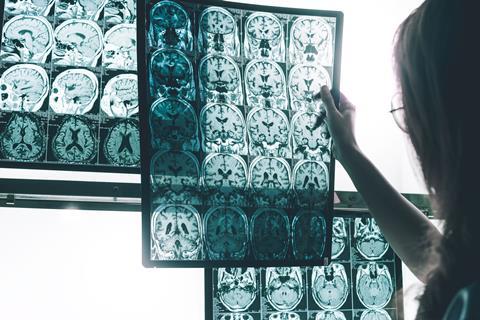 Biogen has resurrected aducanumab, an antibody that targets the plaque-forming amyloid-beta peptide. In March of this year, Biogen halted Phase III clinical trials on the antibody when preliminary data indicated that continuing would be futile. However, having looked at more data that became available after the trials ended, the company has decided things look a bit more positive. After consulting external advisors and the US Food and Drug Administration, Biogen apparently plans to file for regulatory approval next year.

This smacks a little to me of wishful thinking. There were two trials running, and results from the two trials seem to have diverged somewhat, with one trial seemingly showing a stronger benefit than the other in a group of patients receiving the highest dose of the drug.

The company has no explanation for this divergence. That’s not entirely surprising given the complexity of measuring the progress of Alzheimer’s disease, but it also suggests that whatever effect the drug is having (if it’s not happening by pure chance) is poorly understood. That’s not a strong basis for a regulator to release a drug onto the market that could be given to many thousands of patients, potentially at significant cost.

But, as always with potential Alzheimer’s treatments, there’s a huge temptation to pile resources behind any positive outcome, no matter how small. From a commercial standpoint, a real, disease-reversing treatment would effectively be a licence to print money. From a political standpoint, a regulator denying a potentially life-changing treatment is a difficult call.

That shouldn’t really be part of the equation. The regulators have a duty to look closely at the data and decide whether the drug really is effective, or whether they need to see more evidence. It would be perfectly reasonable for the regulator to request new trials, focusing specifically on the treatment regime that looked most positive in the originals.

One could draw a parallel with the somewhat controversial approval of Sarepta’s Exondys 51 (eteplirsen) treatment for Duchenne Muscular Dystrophy (DMD). The treatment was conditionally approved in 2016 on the basis of rather sketchy evidence. However, the equation here is somewhat different. DMD is a rare disease, and part of the justification for approval was to allow the company access to patients to generate more data on the drug’s effect. The small patient population also meant that the potential cost burden to healthcare systems was relatively small.

In Biogen’s case, if the company is truly confident in its drug’s efficacy, it should be willing to invest in more convincing new trials, especially given the potential return if they are successful.